Beer Mural Design for a Pub Area in a Marketplace 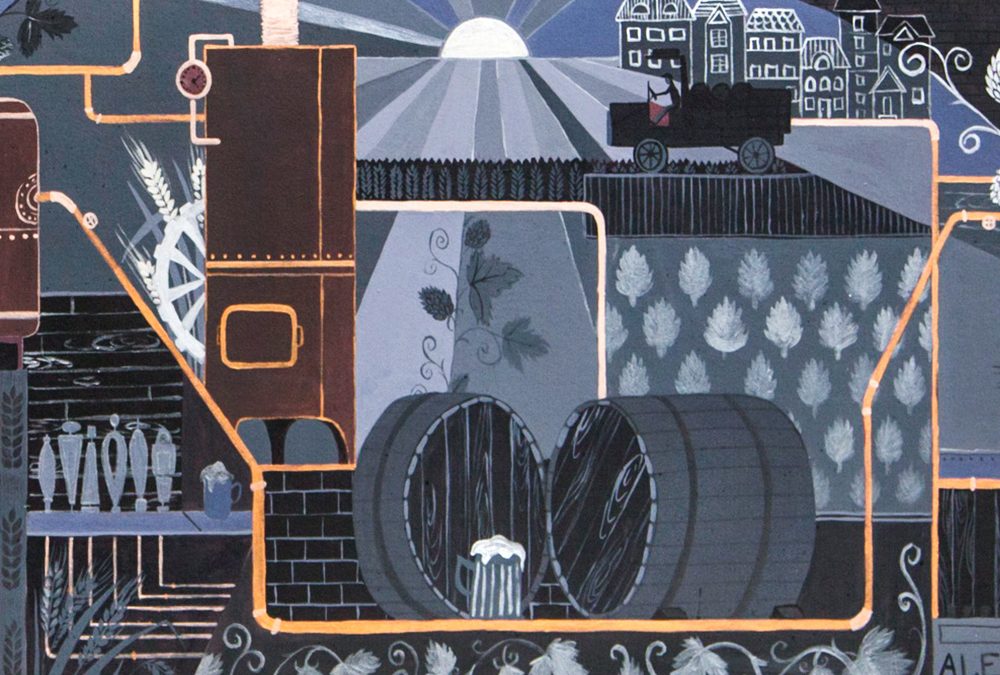 I created a design for a mural for a beer hall in the marketplace in Aurora, CO.

The idea for the mural was to be very subtle in color and tone with just some barely noticeable tonal nuances.

That is why in the design for this beer mural I used a lot of metallic paint: copper, silver, a variation of golden and reflective graphite paints, which are representative of brewing equipment. 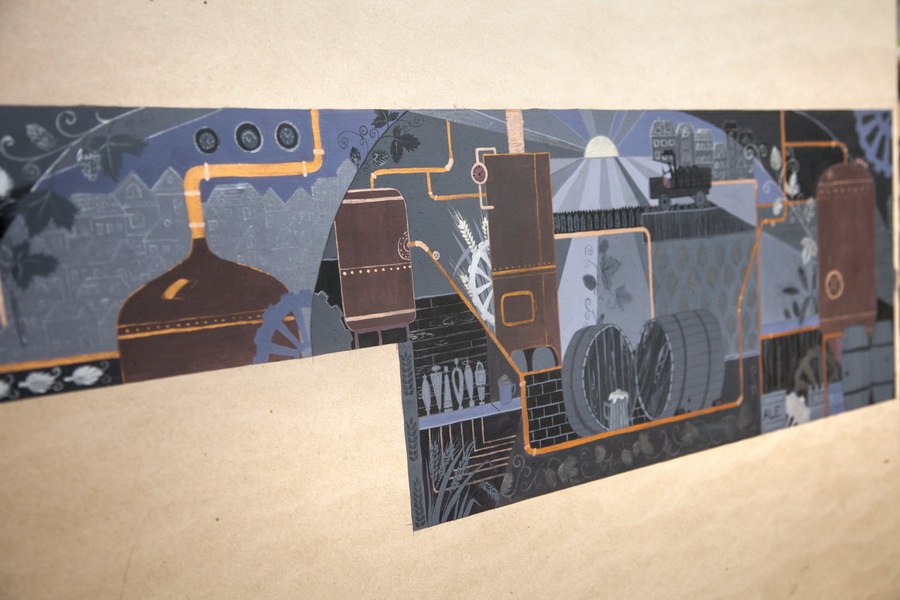 So when you look at the wall from different angles you can see various details, that would be unnoticeable from other sides.

The wall for this mural was situated in the beer hall of a marketplace. 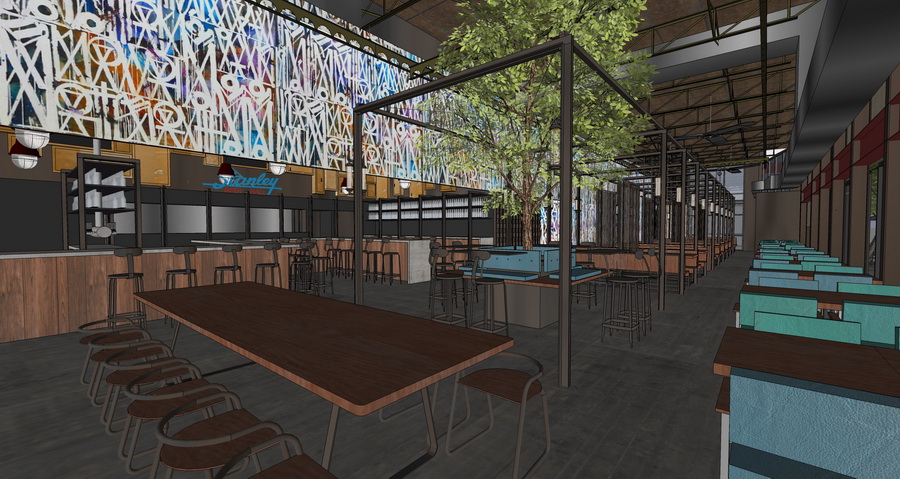 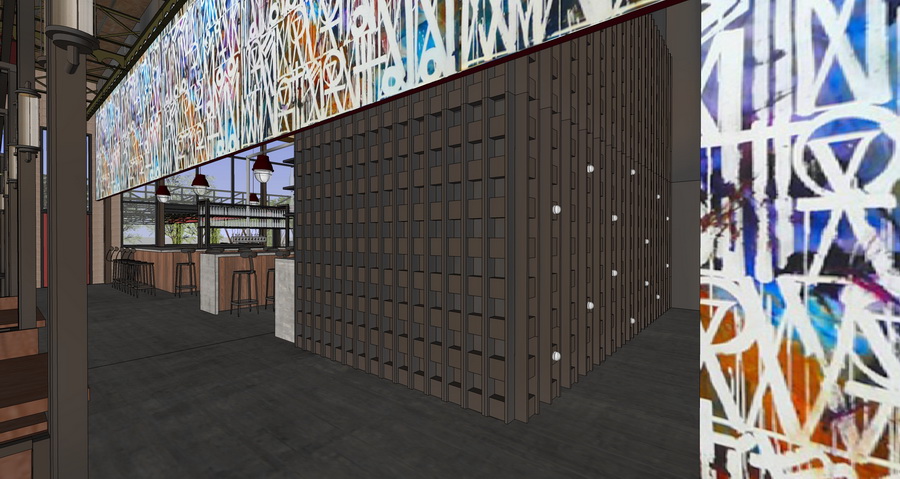 On the mockups, the wall is shown with a textured design. 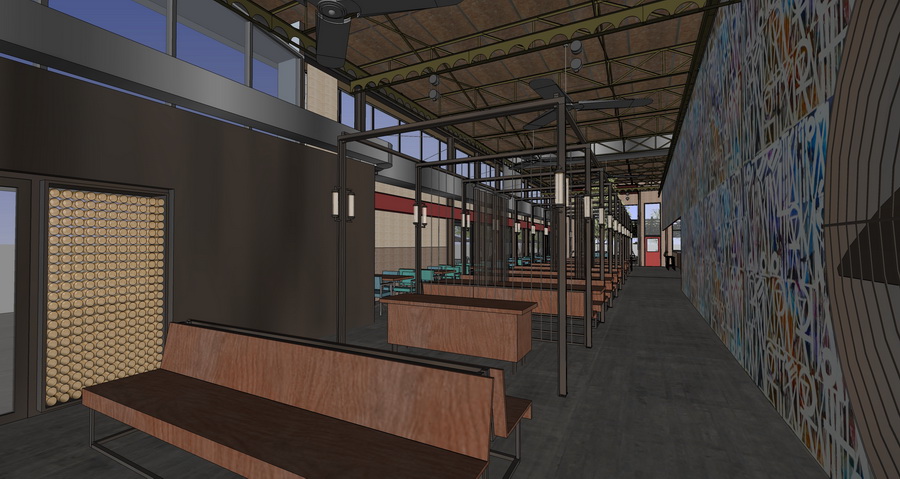 Unfortunately, the mural was never realized.

The marketplace for which the mural design was created was opened in 2016.

The ground mural that I created in August – September of 2016 was completed during the time of its construction and was dedicated to its opening.