The creation process of the mural “Golden Road” 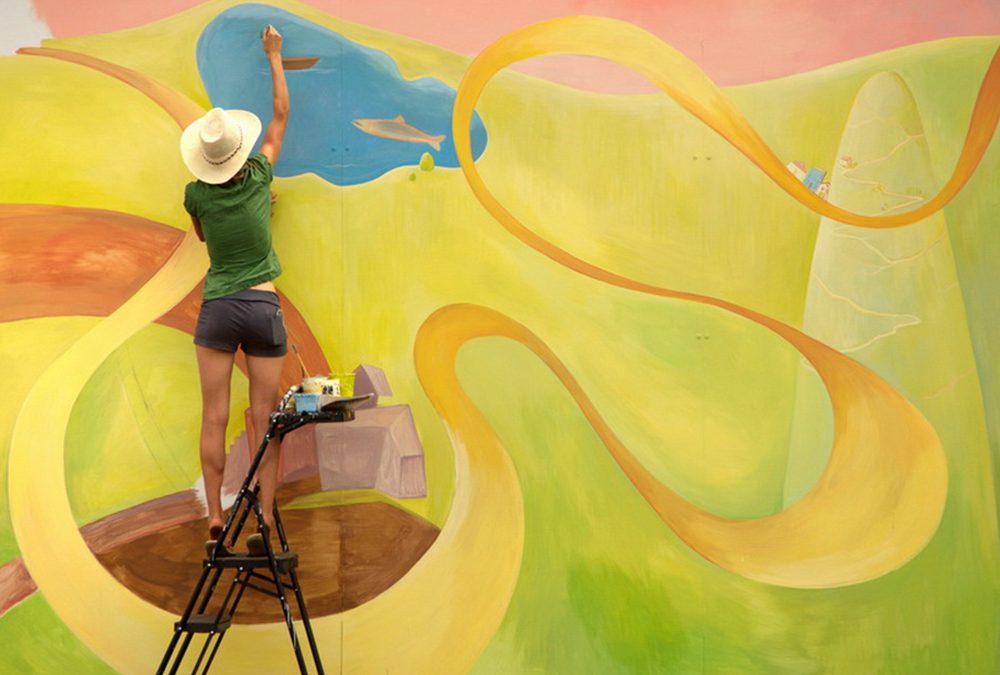 I started the creation process of the mural on August 1st, under the strong Colorado sun. 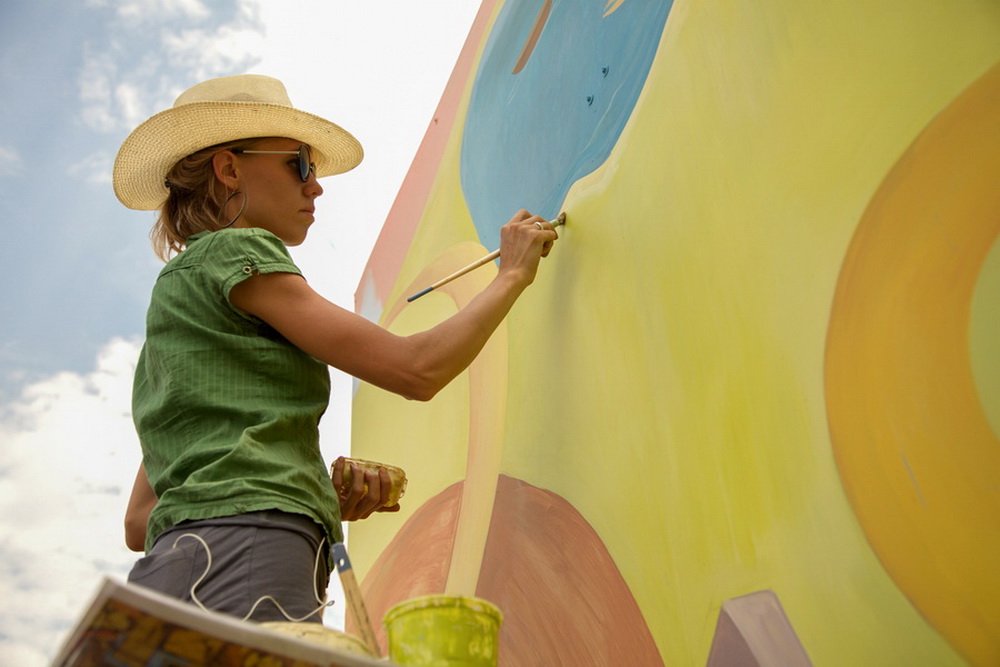 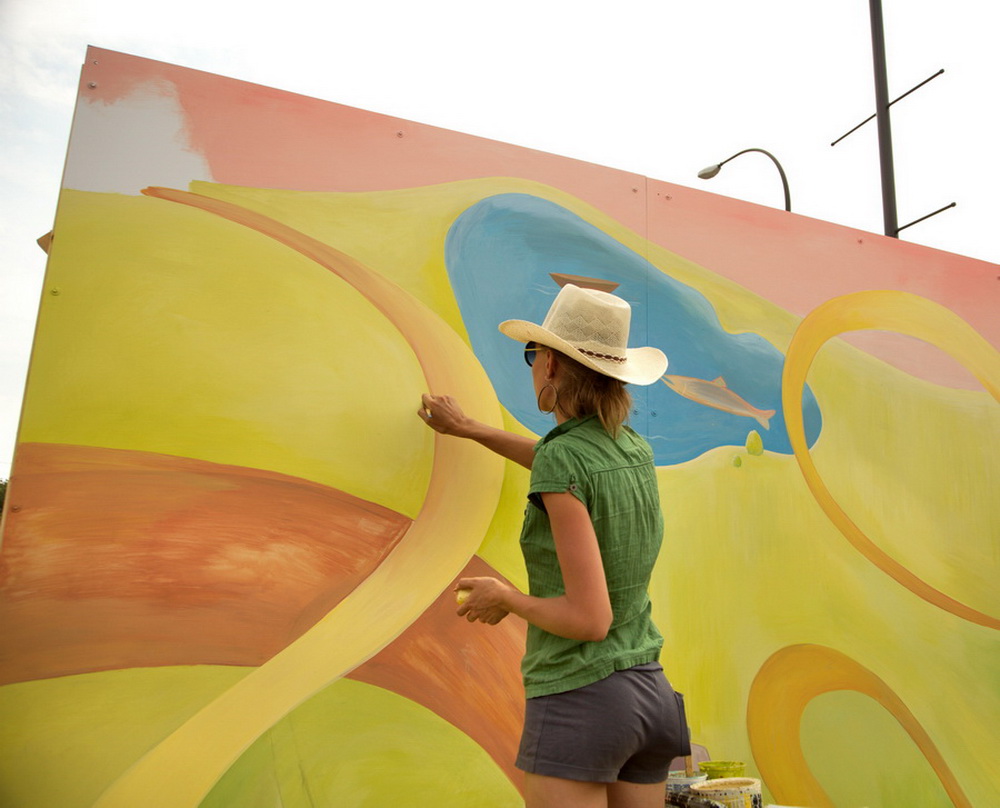 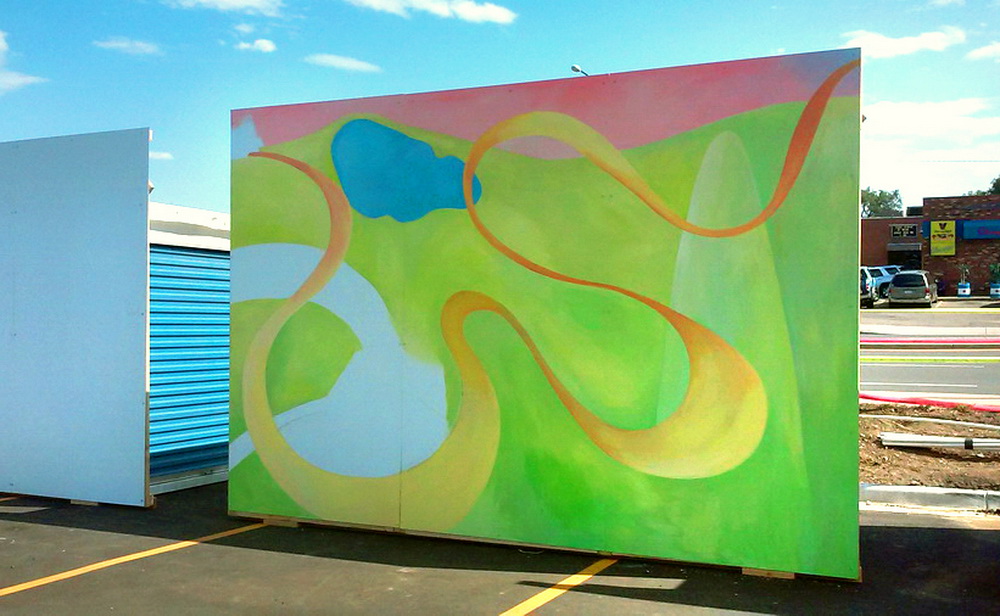 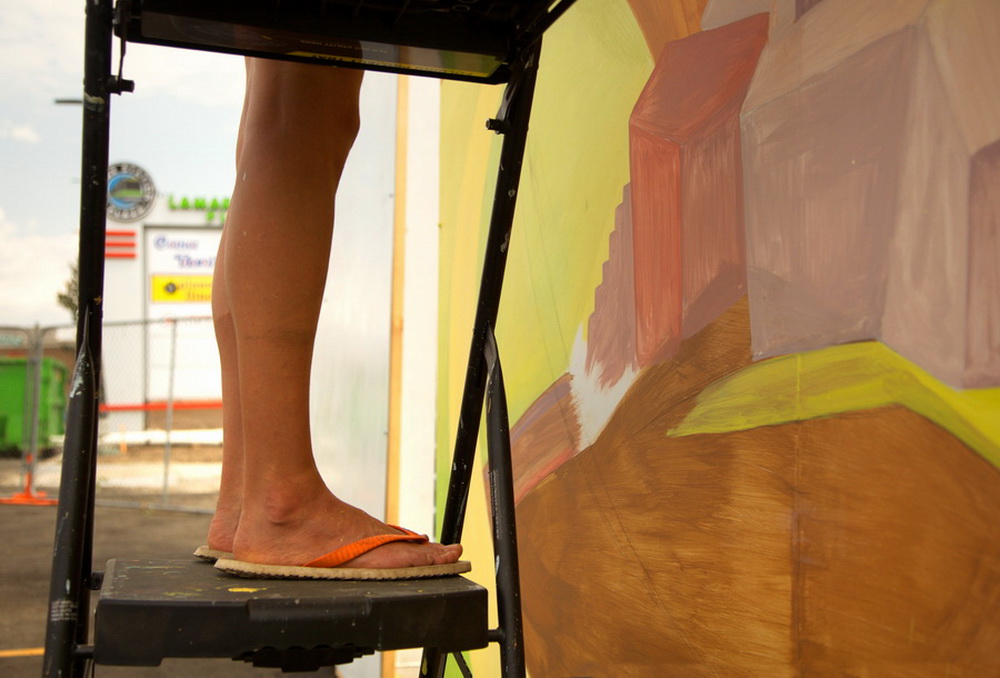 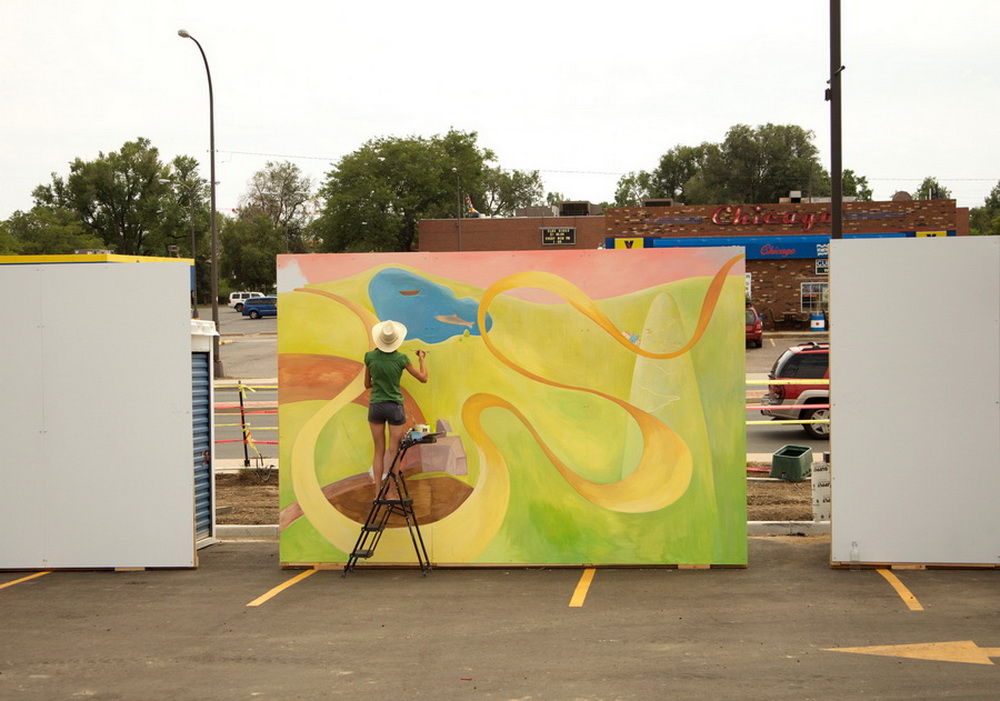 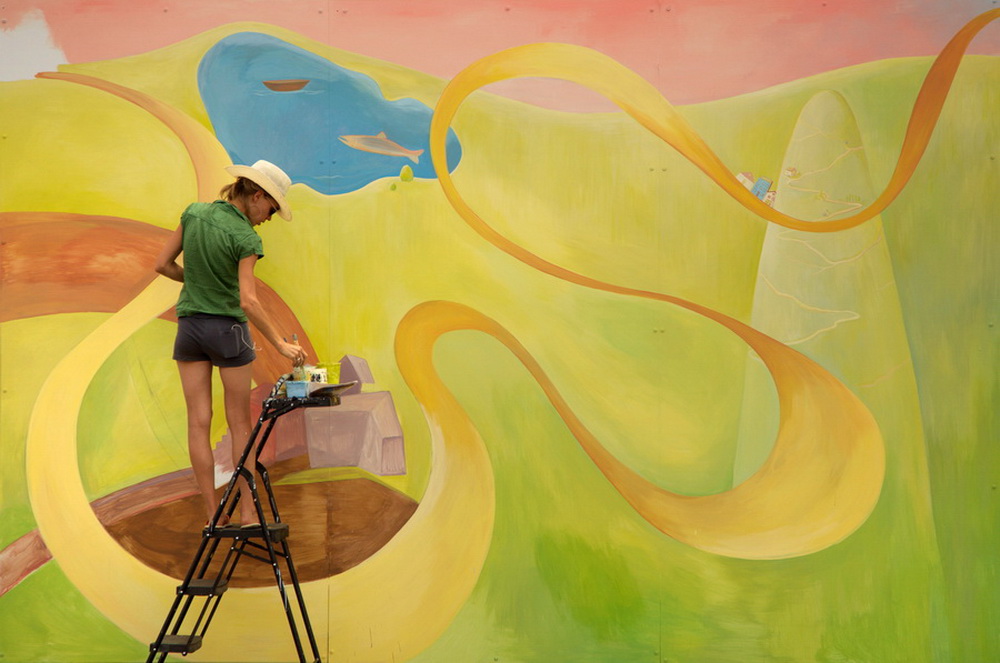 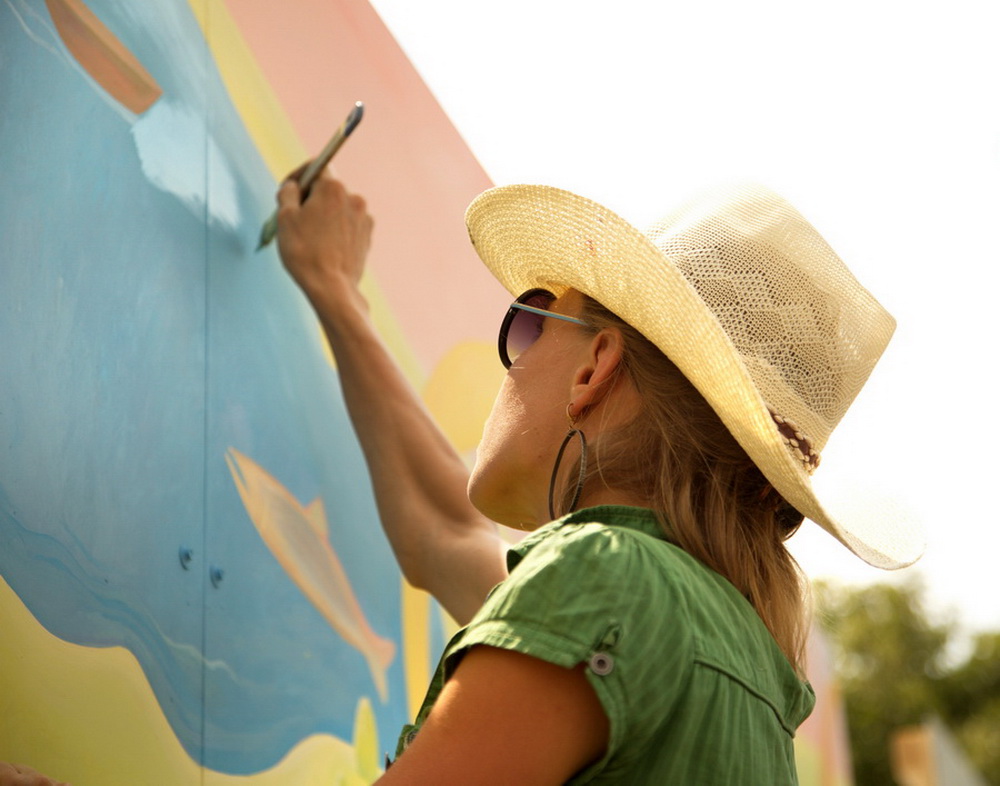 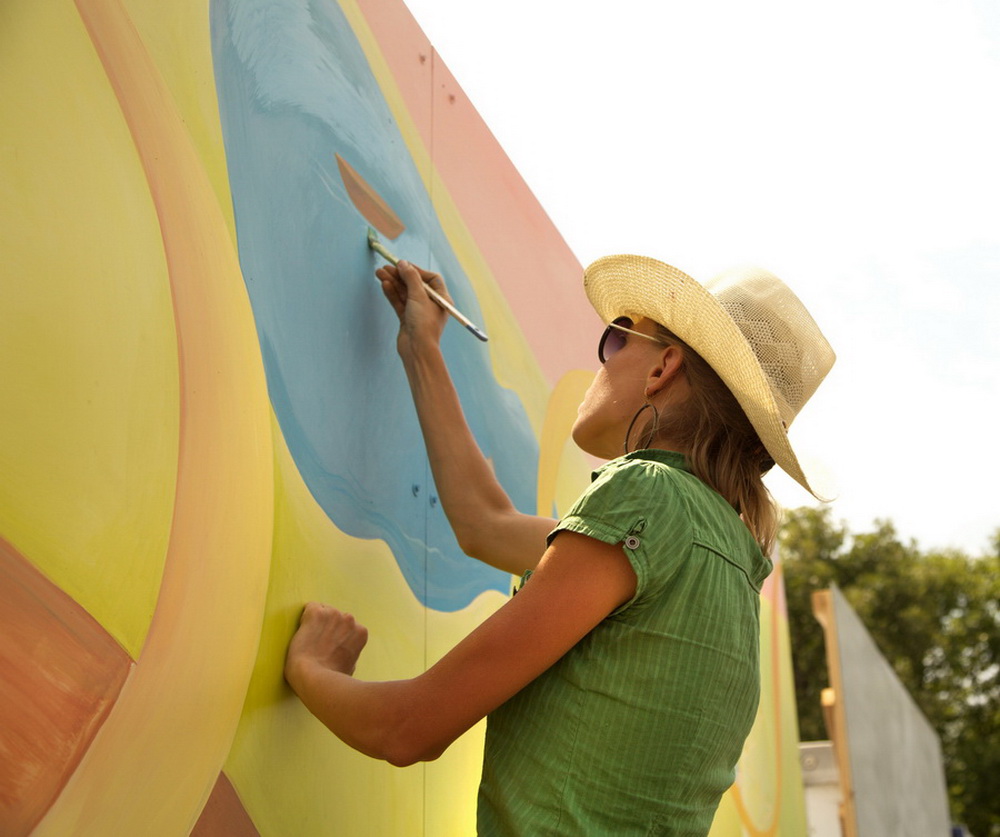 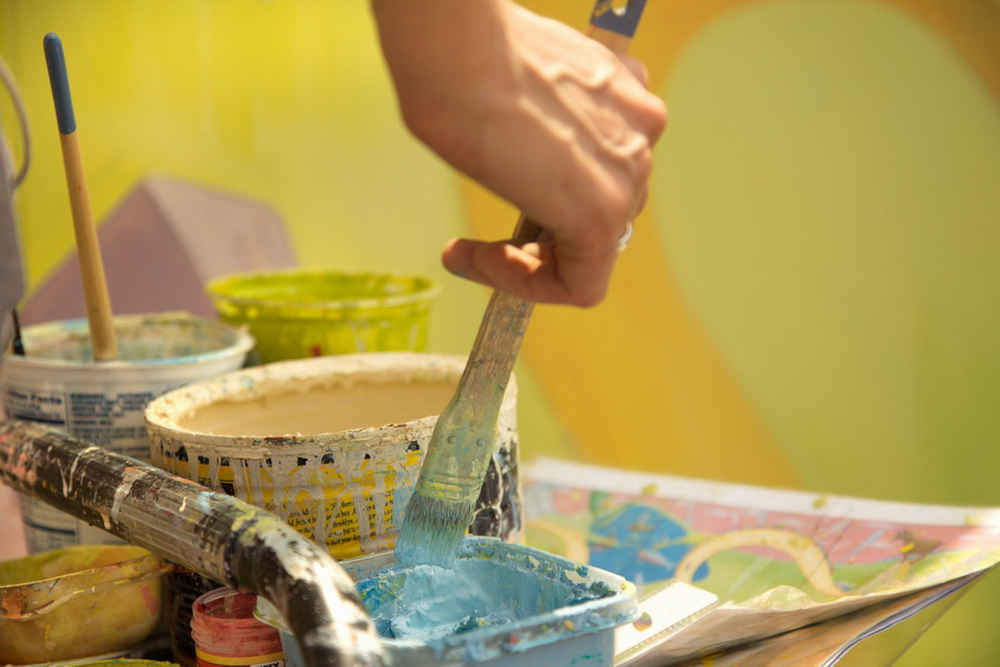 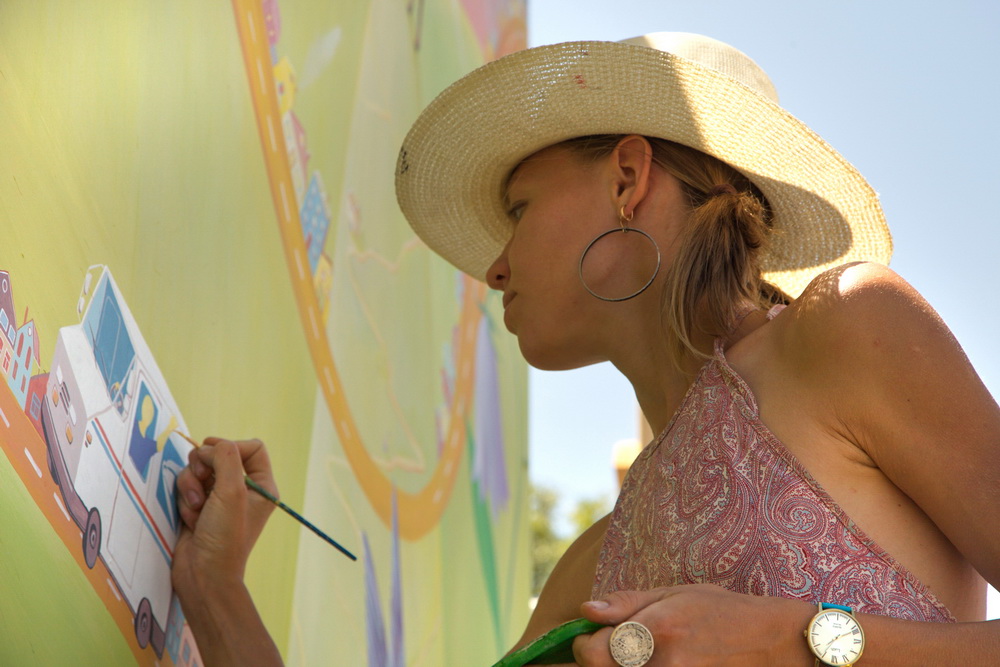 Mailman Ruben in his truck 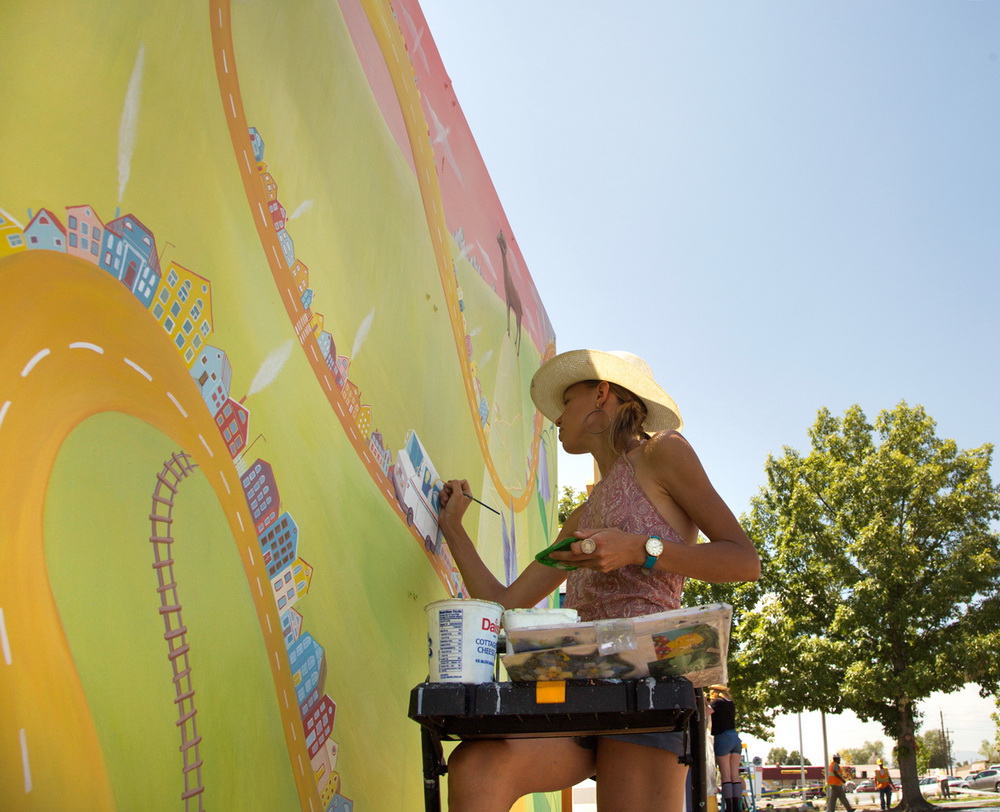 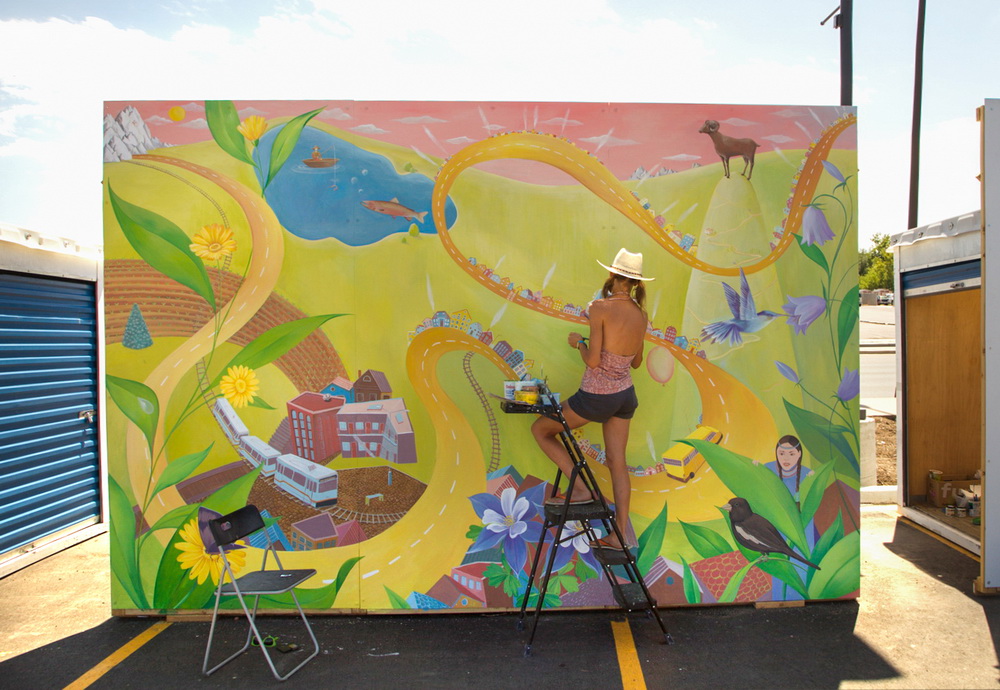 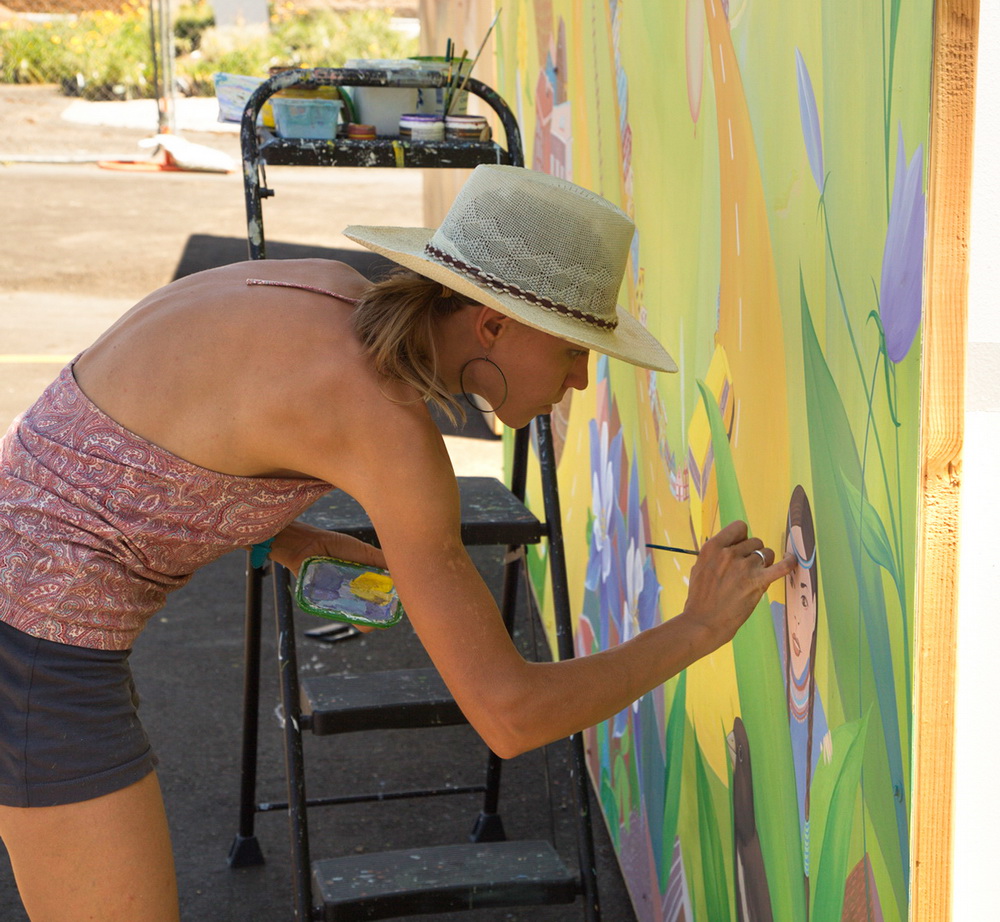 The symbol of the American West, a Cowboy 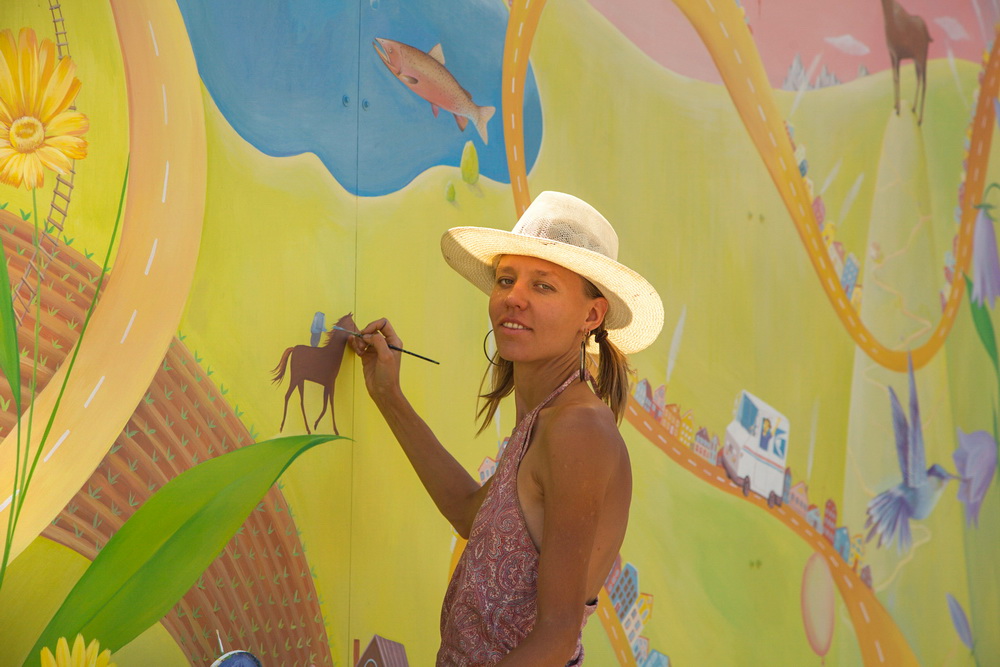 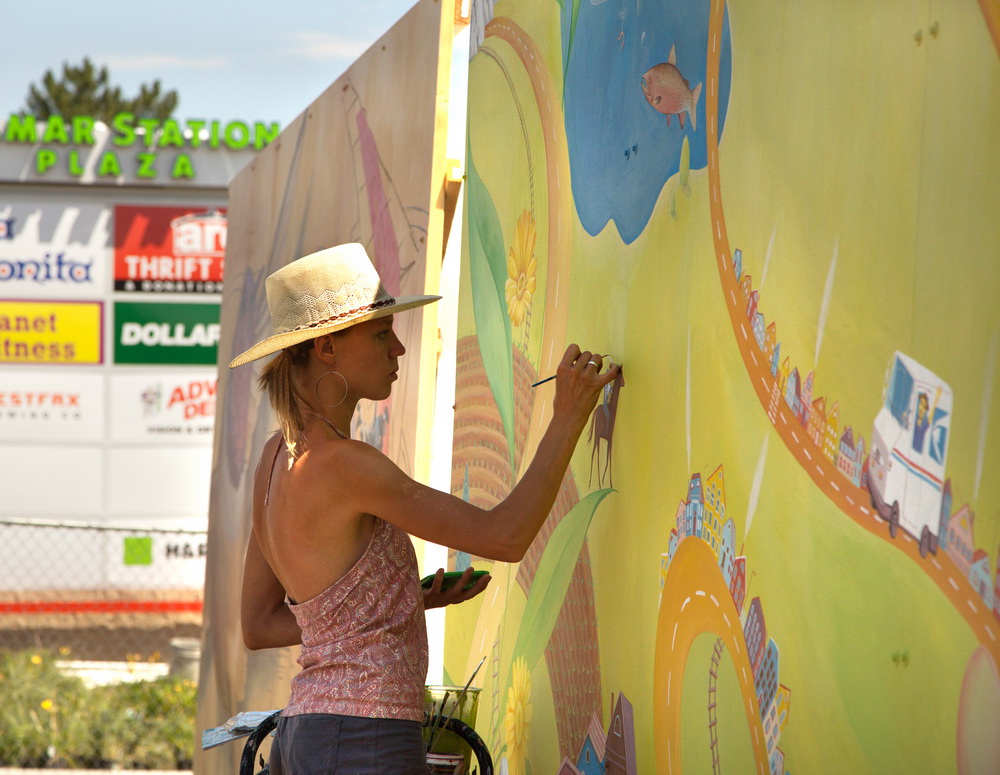 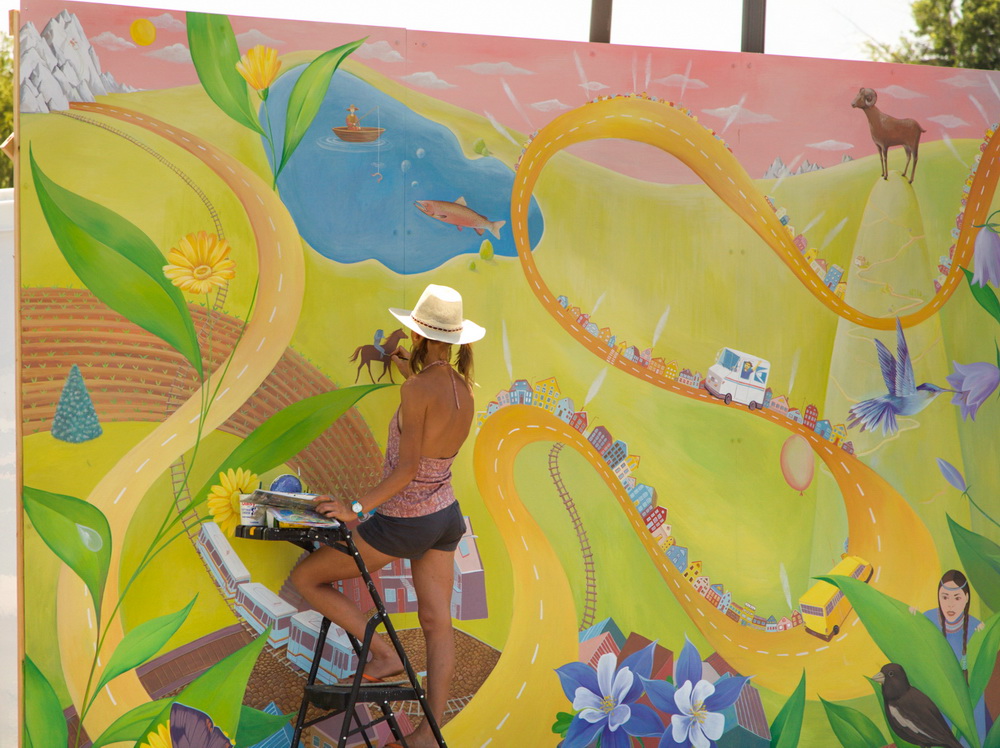 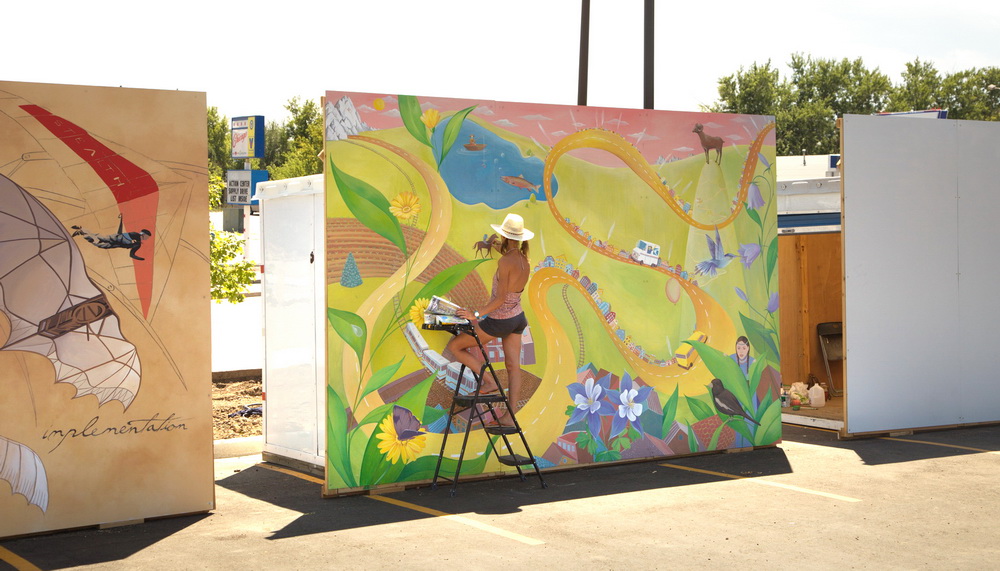 The opening of the Festival. 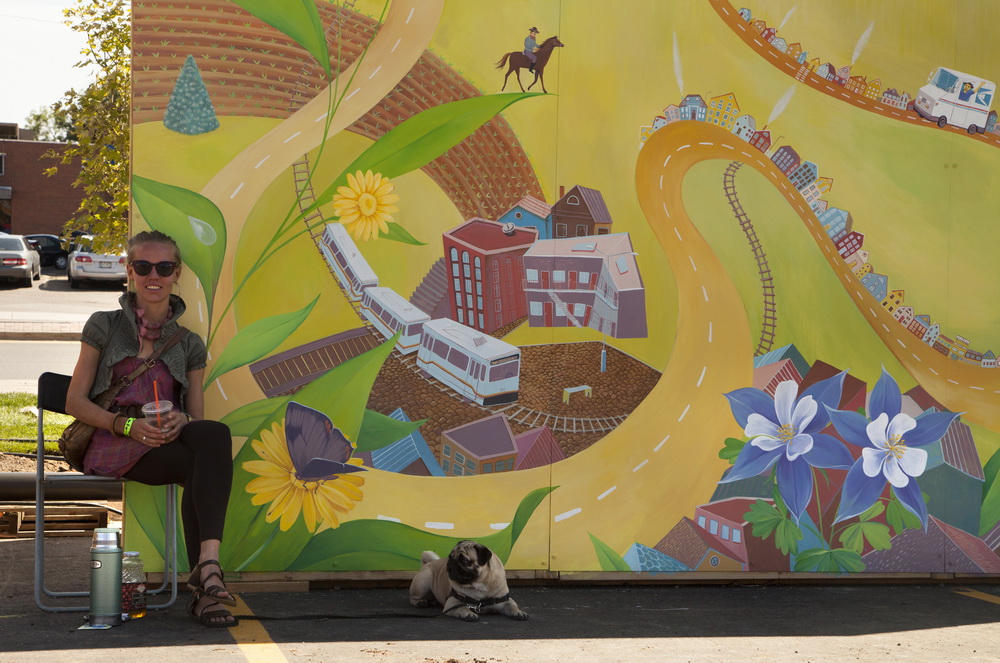 During the process of creation my mural for the fest I met some really nice people and great artists. 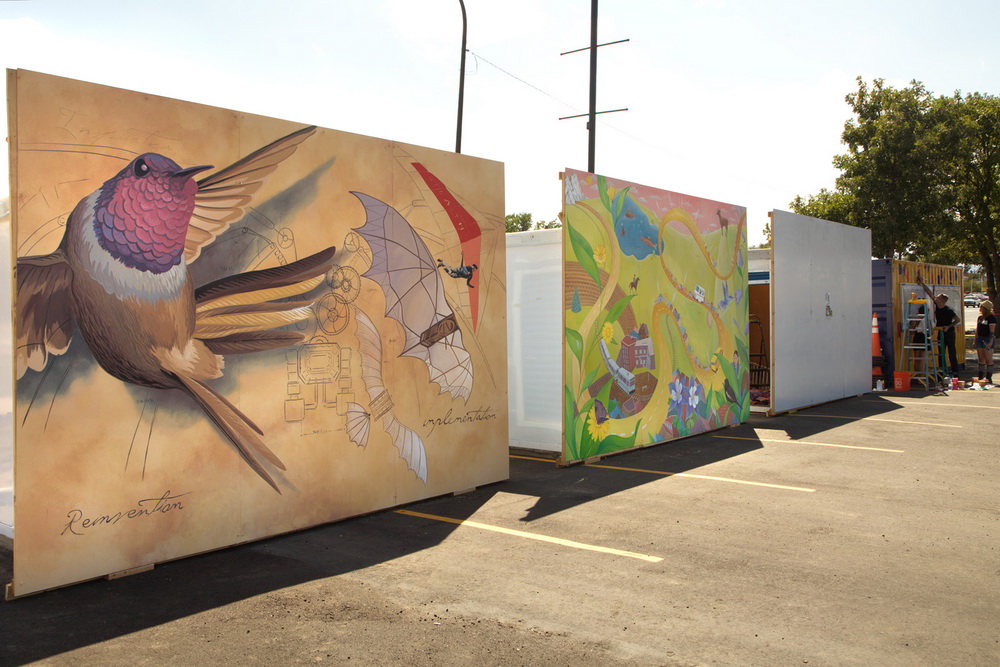 One of them, Richard Marks, a muralist from Colorado with the mural “Reinvention” 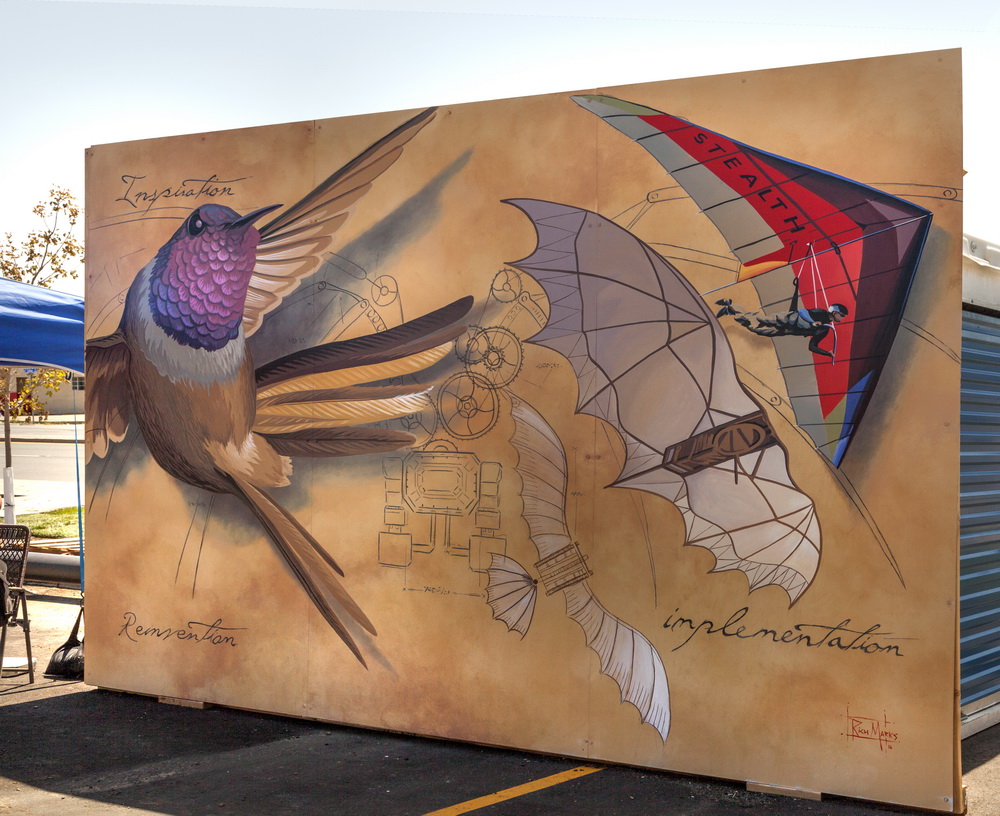 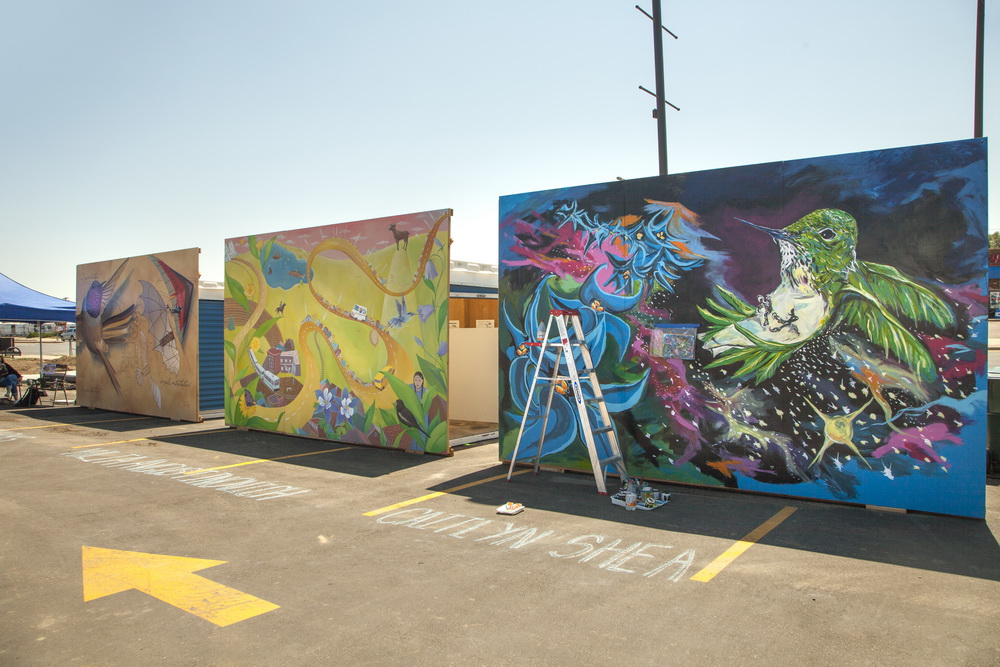 Another artist, Caitlyn Shea, came for the festival from New York and created a mural “Hummingbird Starfield” 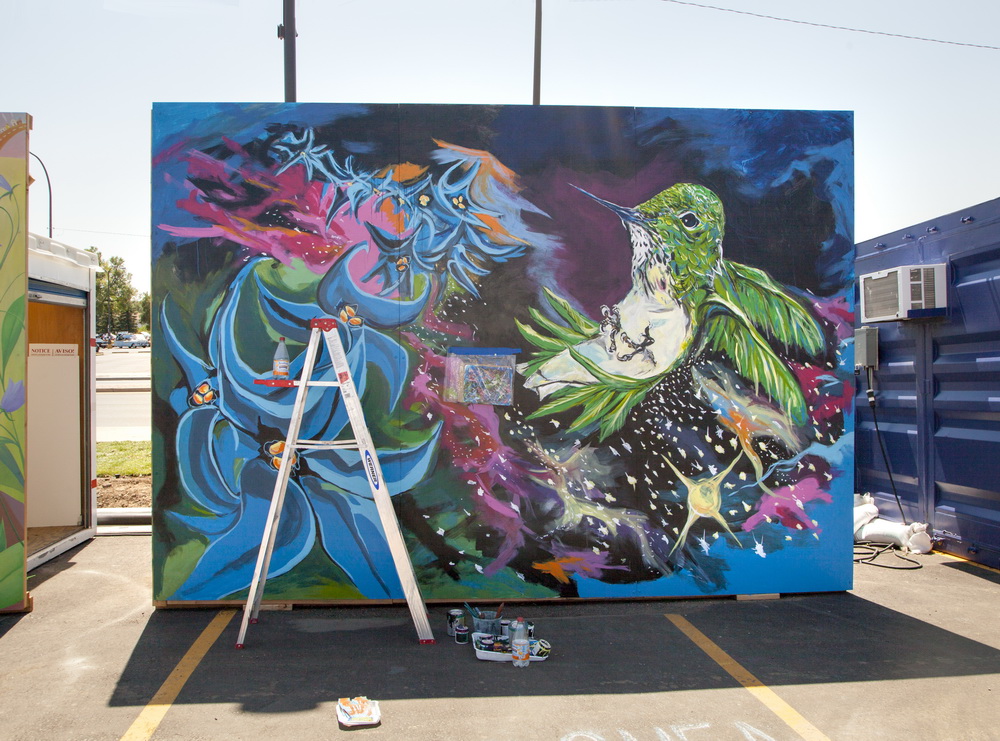 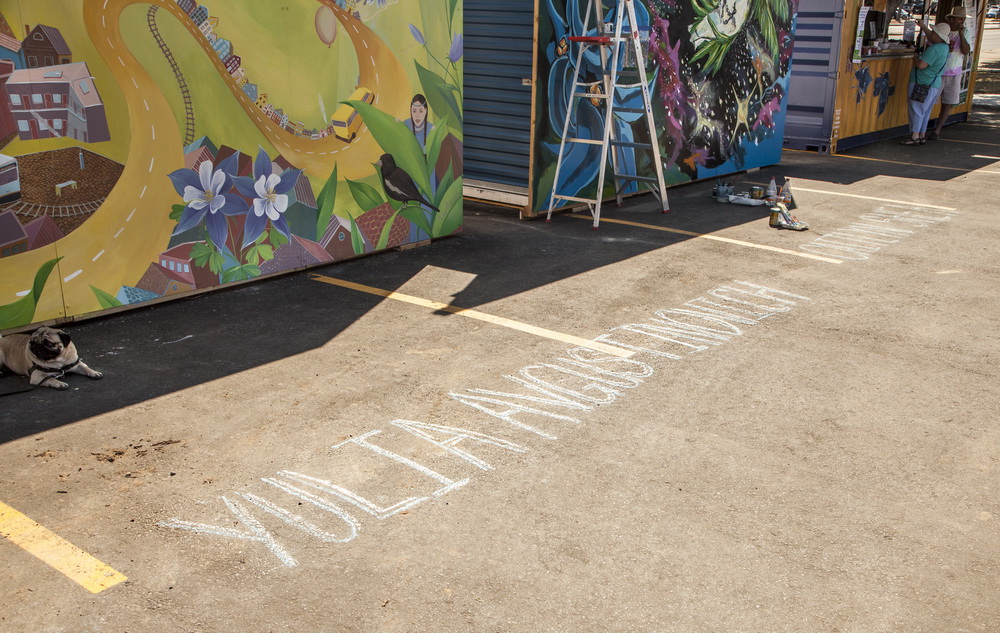 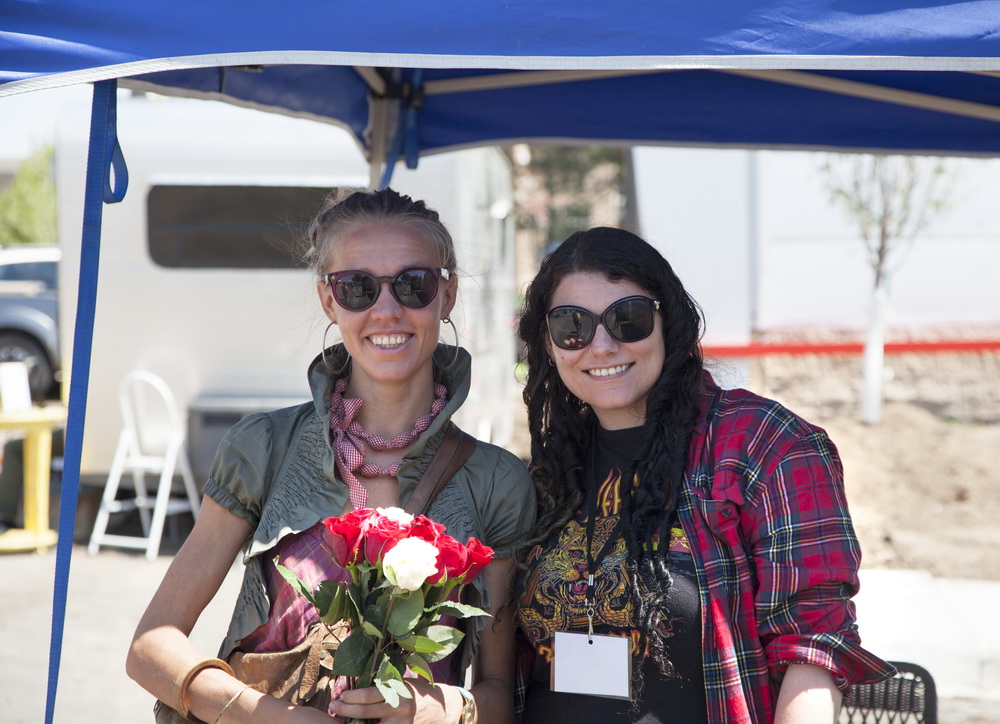 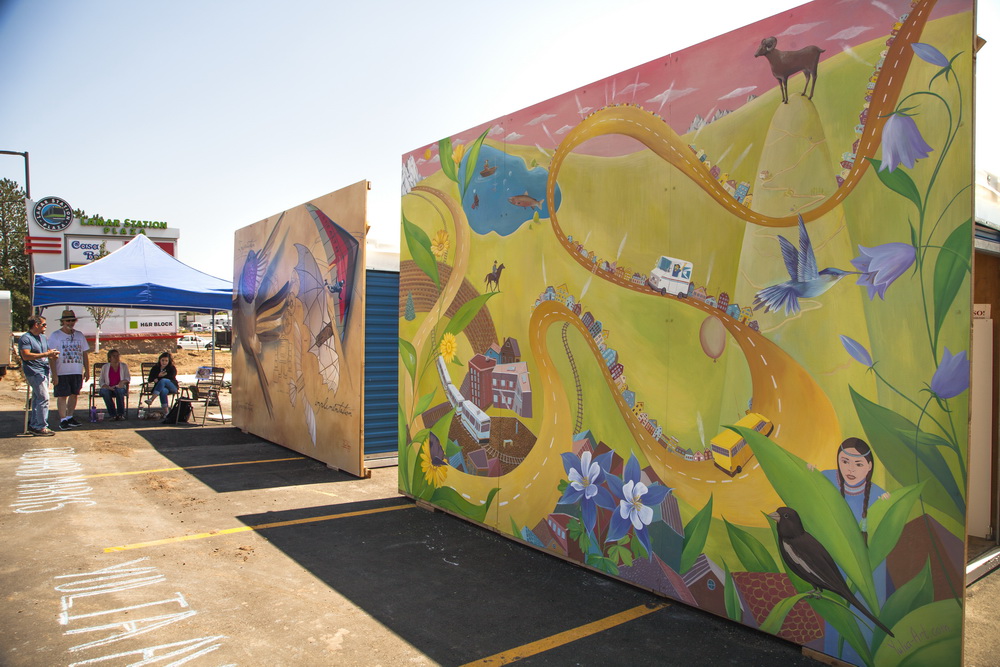 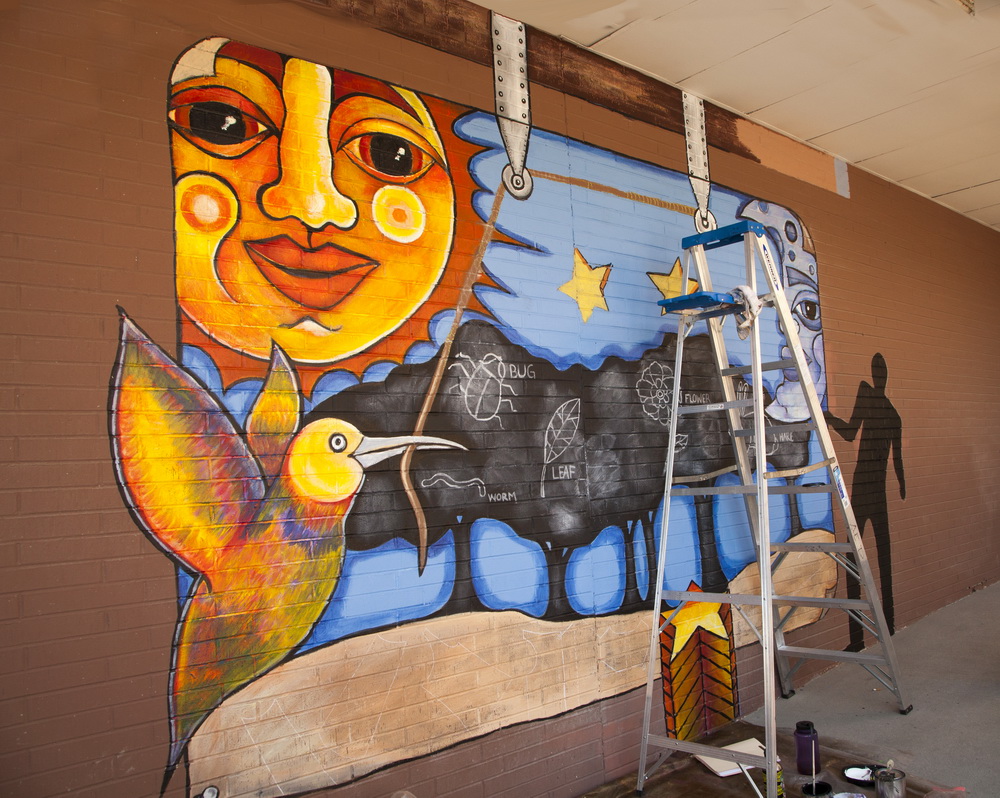 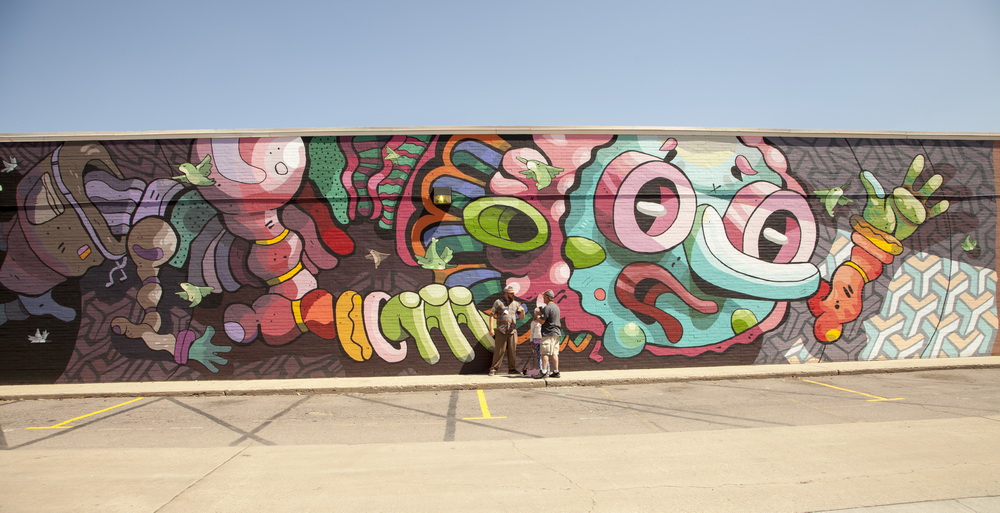 The large mural, on a side of Arc store building, was painted by Michael Birdcap Roy. 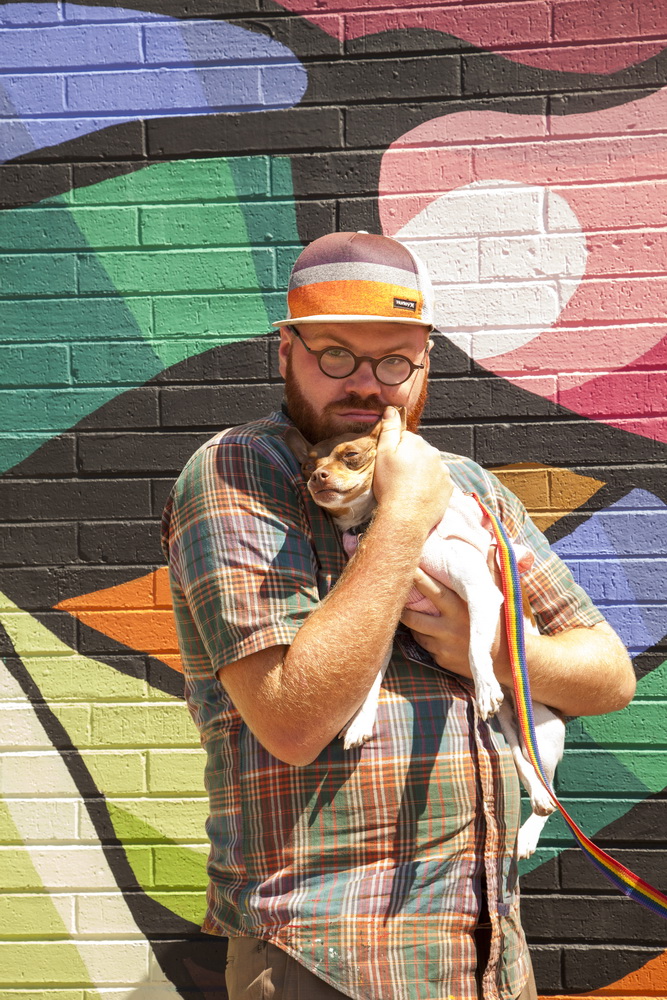 He came to paint his piece from Nashville, Tennessee 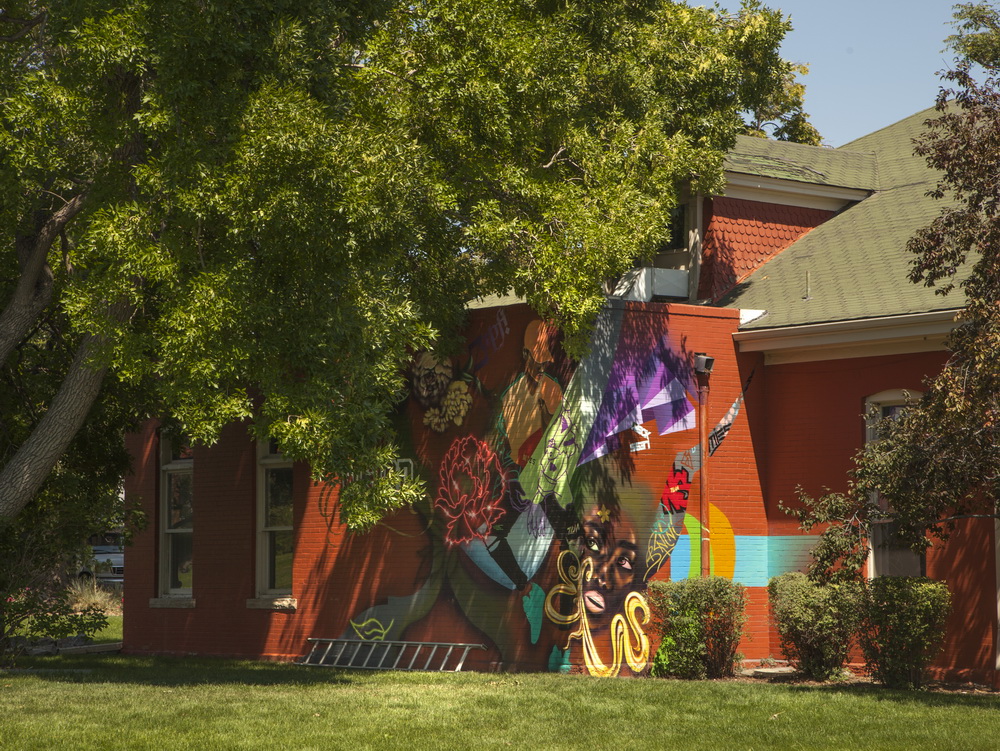 And the six’s mural, located on the campus of Rocky Mountain College of Art + Design, by Daniel Chavez.

It was a great festival. Six’s great murals are now beautifying the streets of Lakewood.