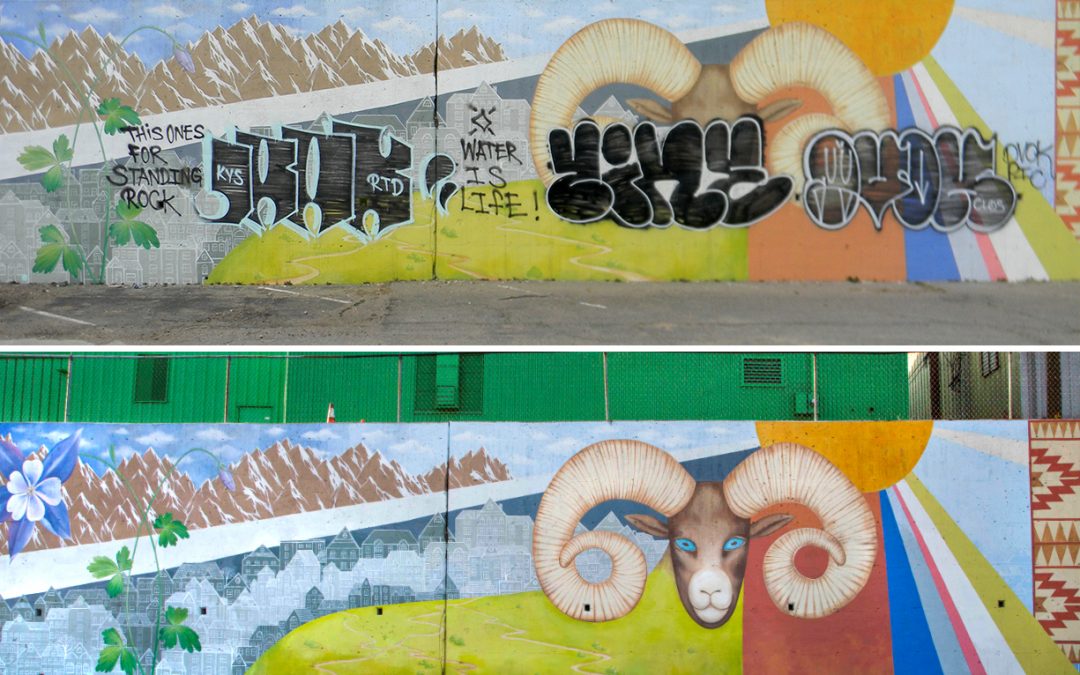 Graffiti Vandalism of my Mural “Viva Colorado” happened twice already after the mural was finished. 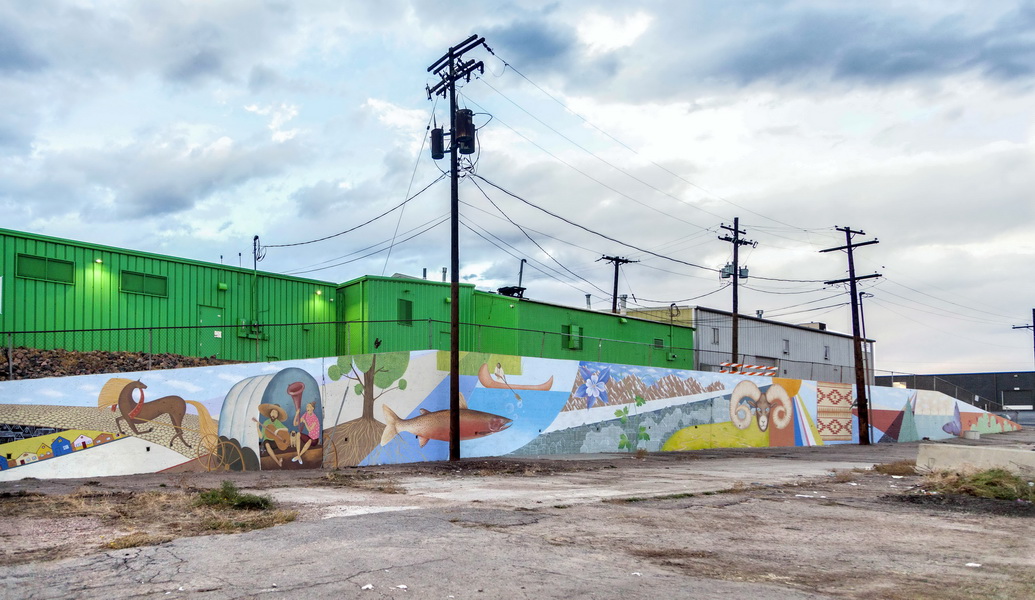 The mural was created in September-October 2016 on Alameda and Santa Fe drive in Denver CO. To see the pictures of finished mural visit this page>

Because of the large size of the mural and low budgets of the Denver public art program the city didn’t cover the mural with a costly anti-graffiti coating. 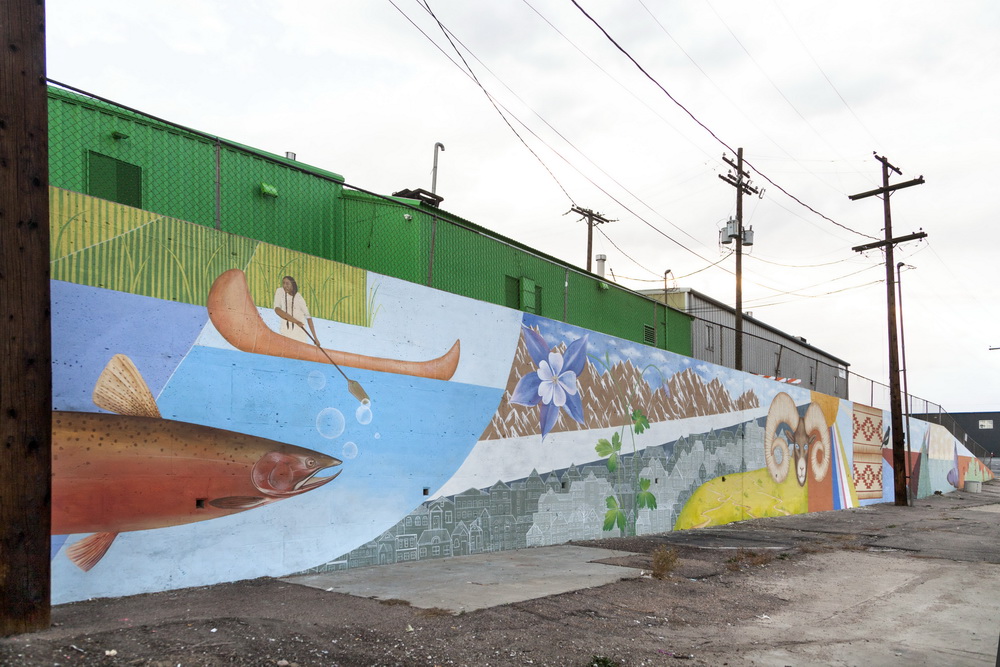 The very public location of the mural, on the intersection of busy streets with lots of daily traffic and visitors to the site, unfortunately, attracts taggers and vandals.

It was vandalized twice within a little more than a year of the mural existence. 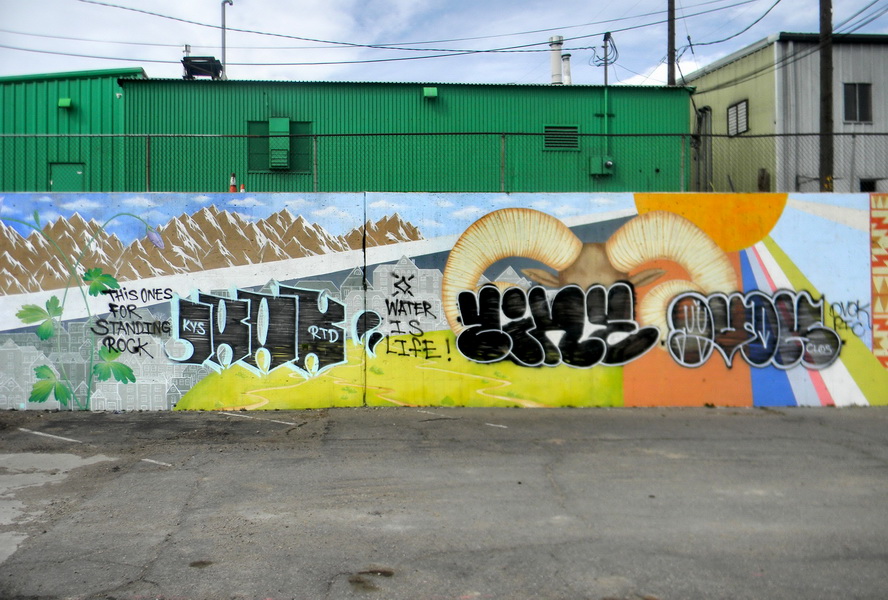 The first one was written right in the very center of the wall, on the face of a  Rocky Mountain bighorn sheep. 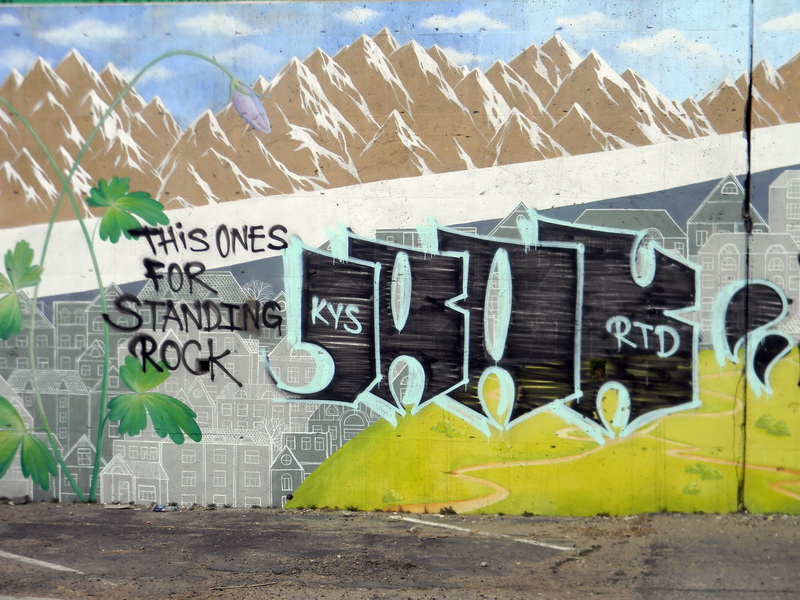 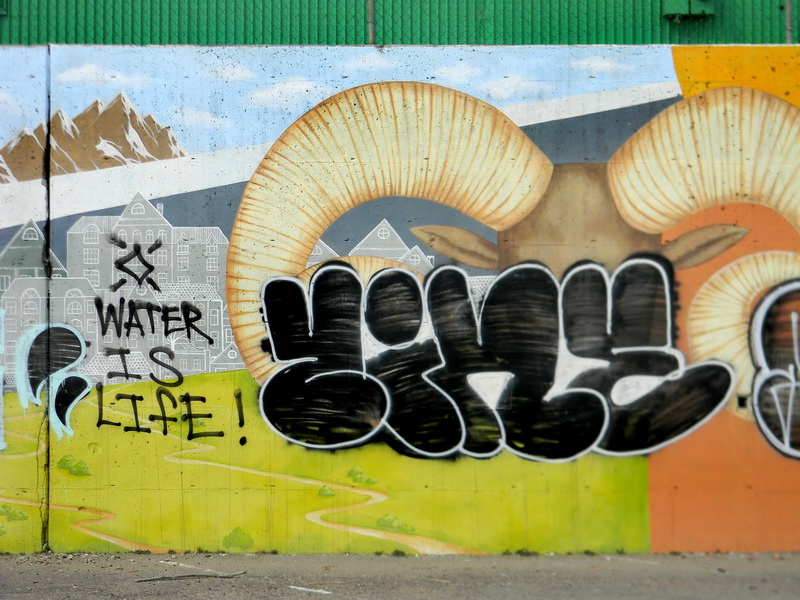 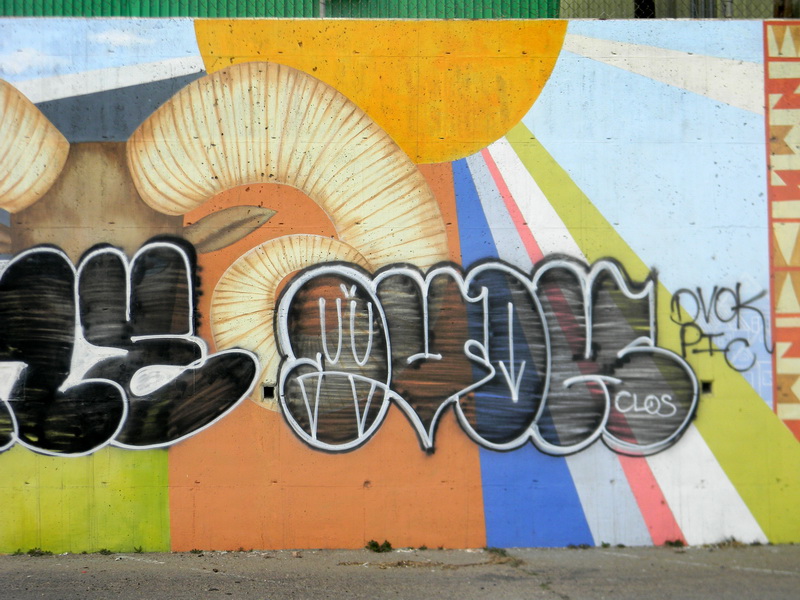 A day later, after the tagging appeared my husband and I rushed to fix it to prevent more tagging and graffiti from appearing. 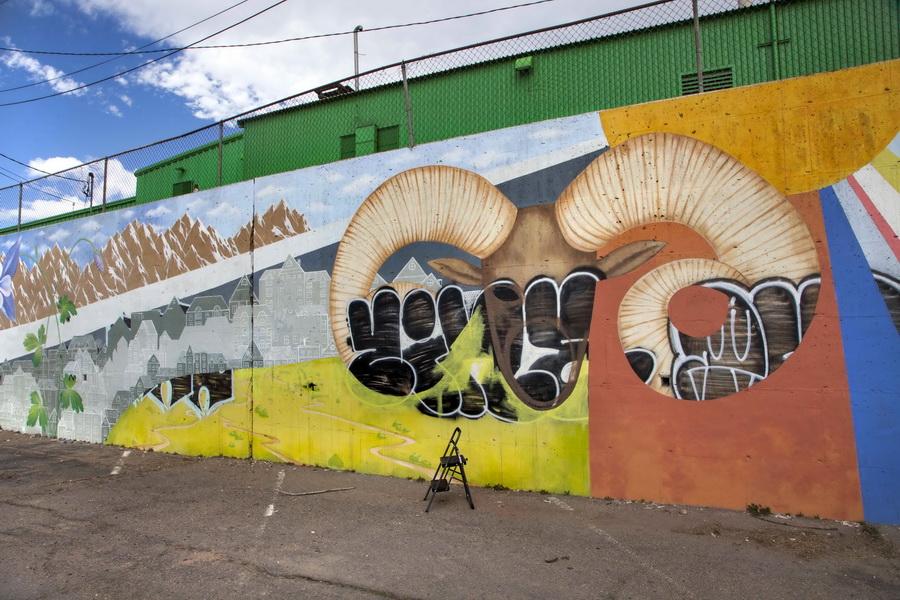 And a day later the mural was like new again: 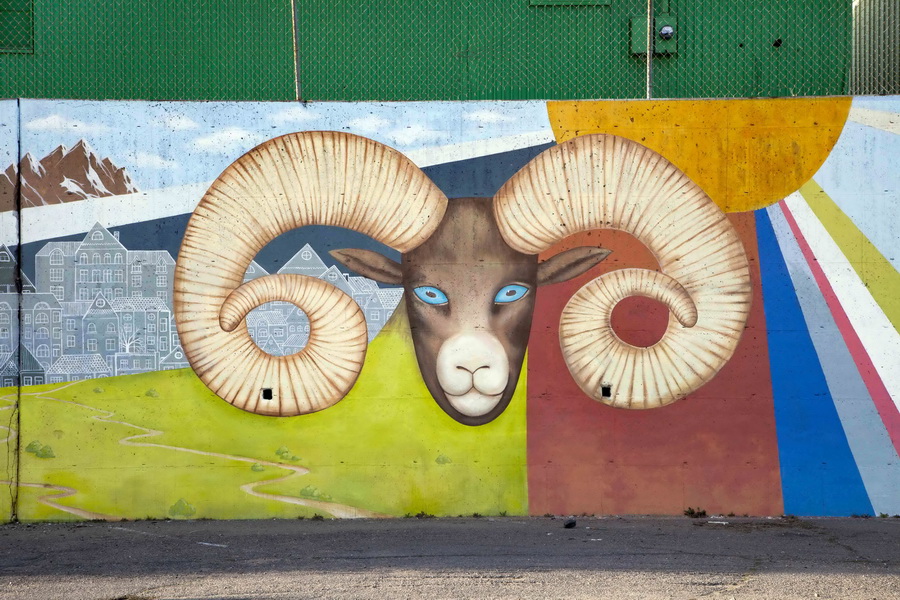 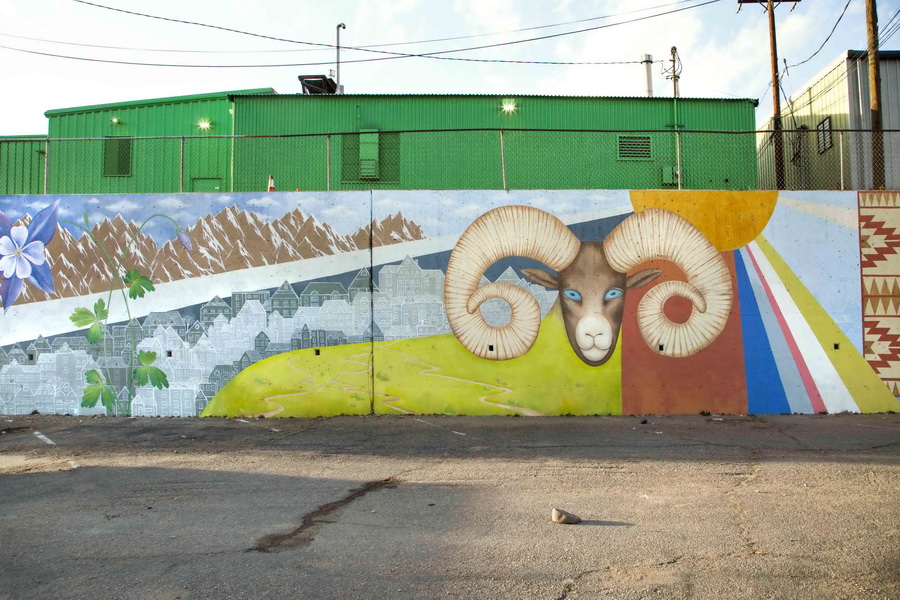 The second tag appeared on the covered wagon with the first settlers. 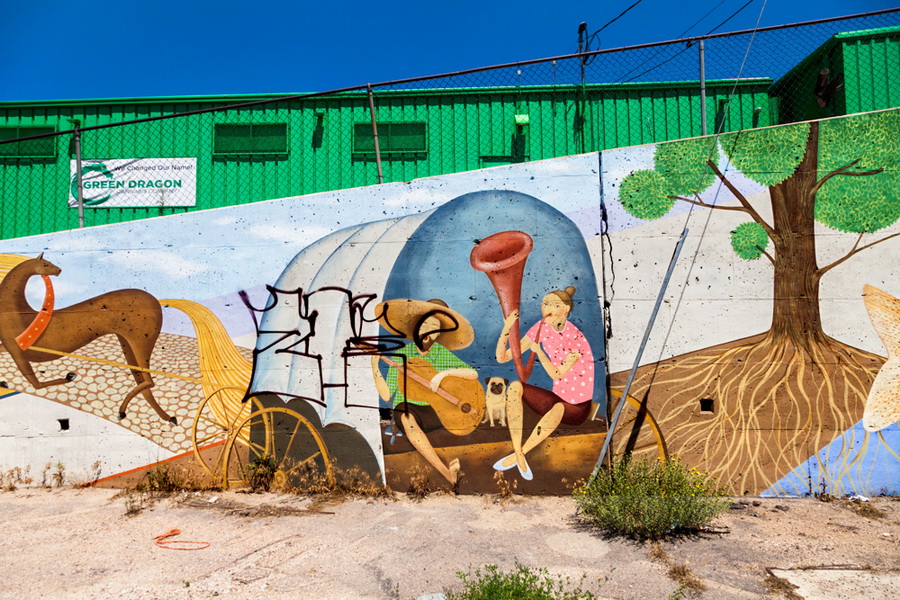 And as with first vandalism, it was fixed as promptly as possible. 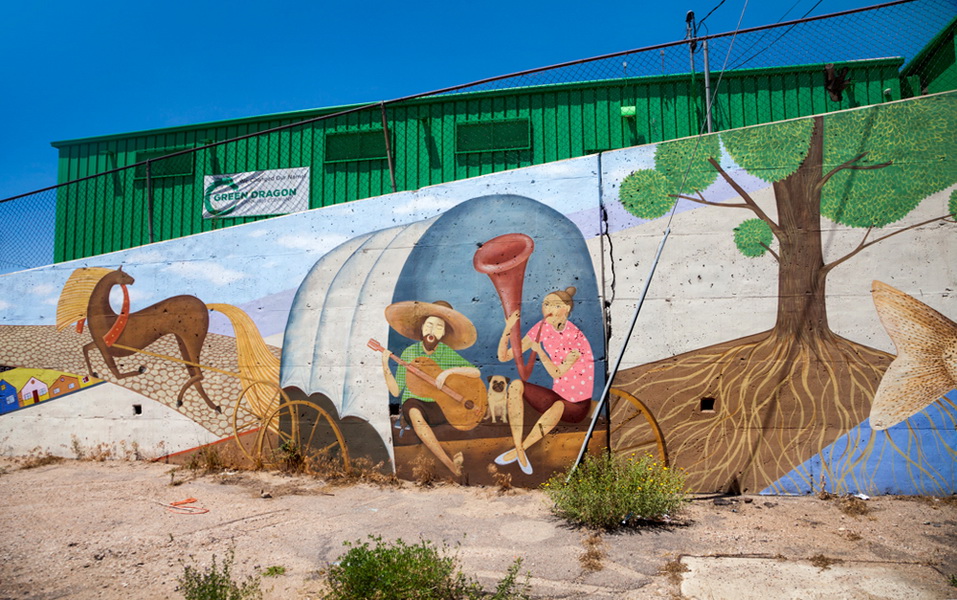 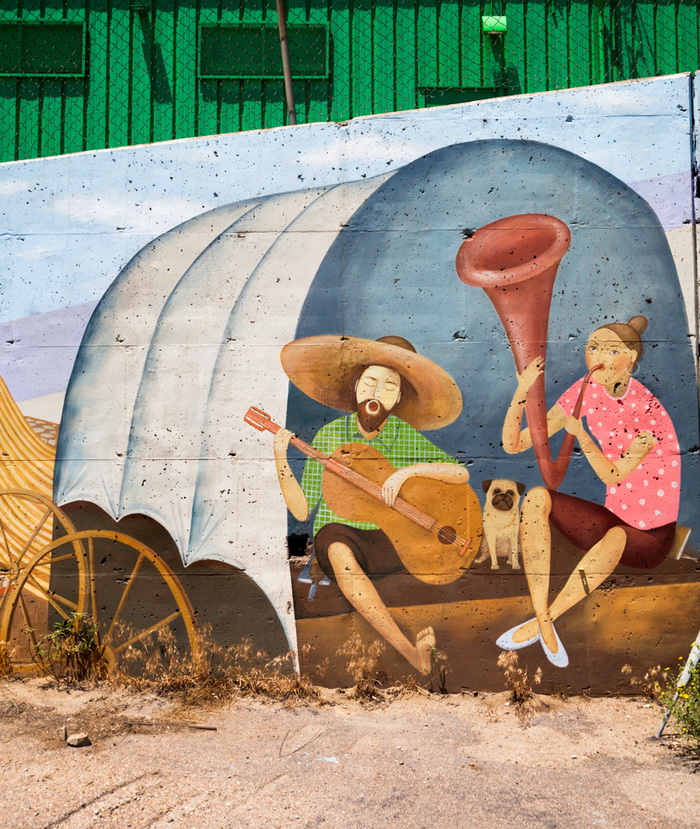 The Police never found the taggers even though they have a very good system of anti-graffiti actions.