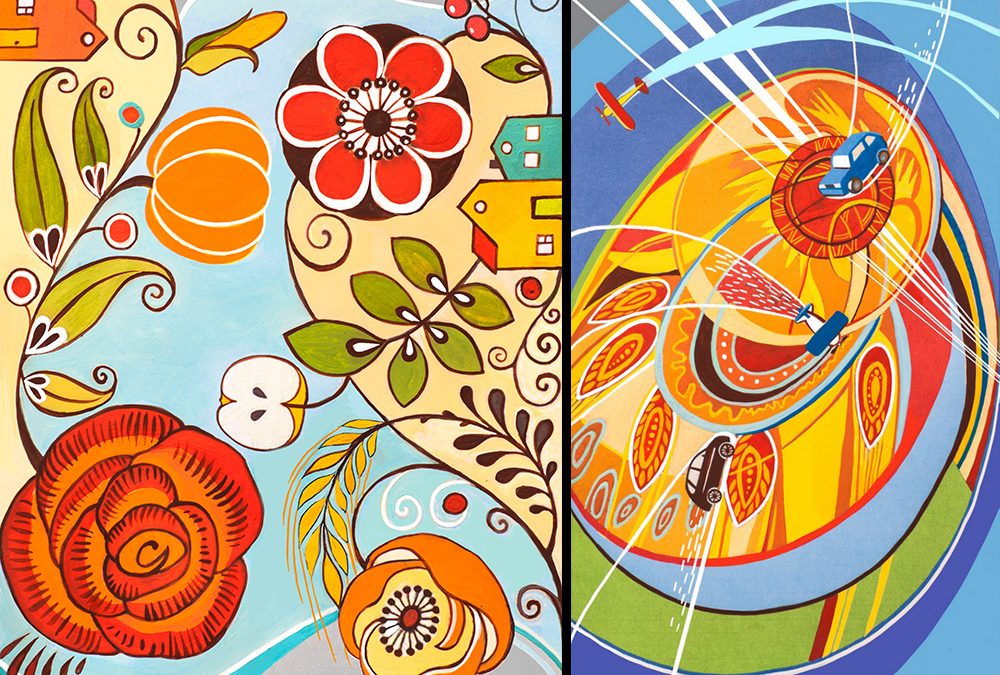 I’ll be creating two ground murals and art for a fence for this project. To read more about it and about other art that is being created for the Artline visit their website > 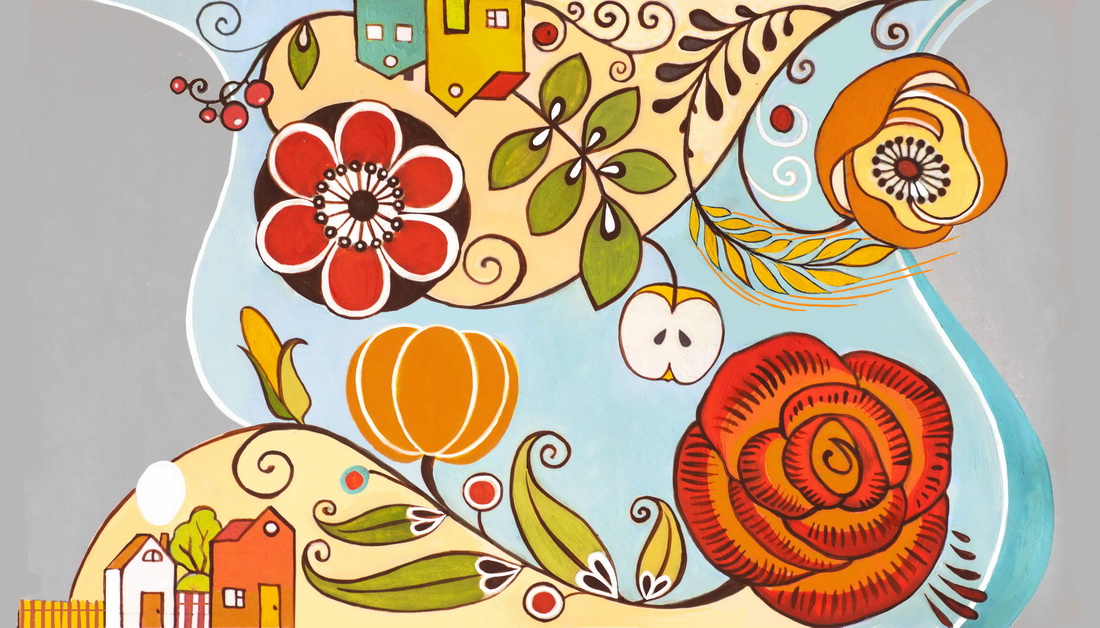 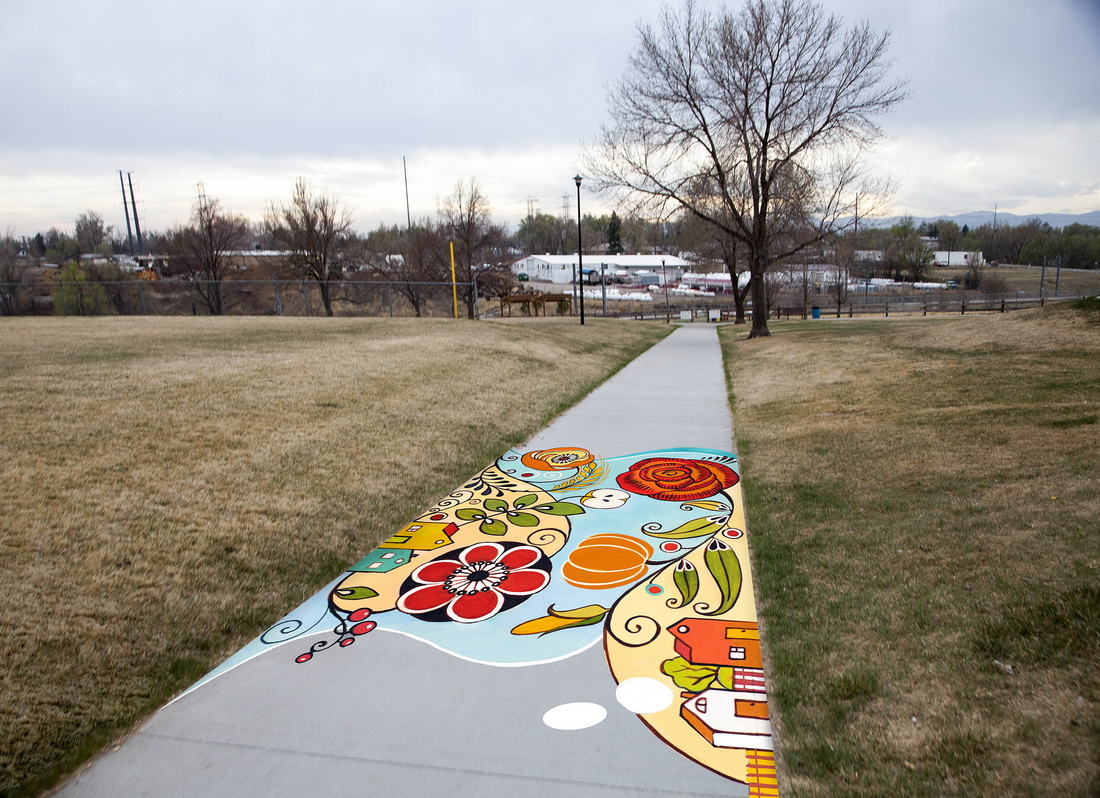 “Blooming city”. Mural design was inspired by the agricultural history of Lakewood and the urban farm at the Mountair park. Flowers and plants represent growth and new beginnings that are happening in the city. 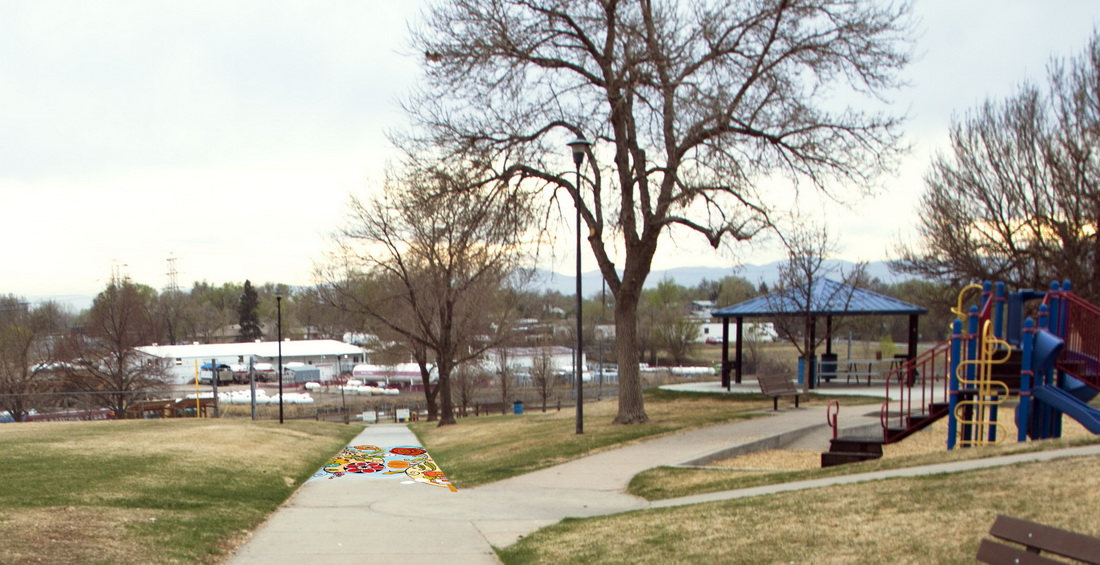 The mural will be painted in the center of the park, between the baseball field and children playground.

Another mural will be painted in the park near the Lakewood’s DMV, right next to Aviation Park. 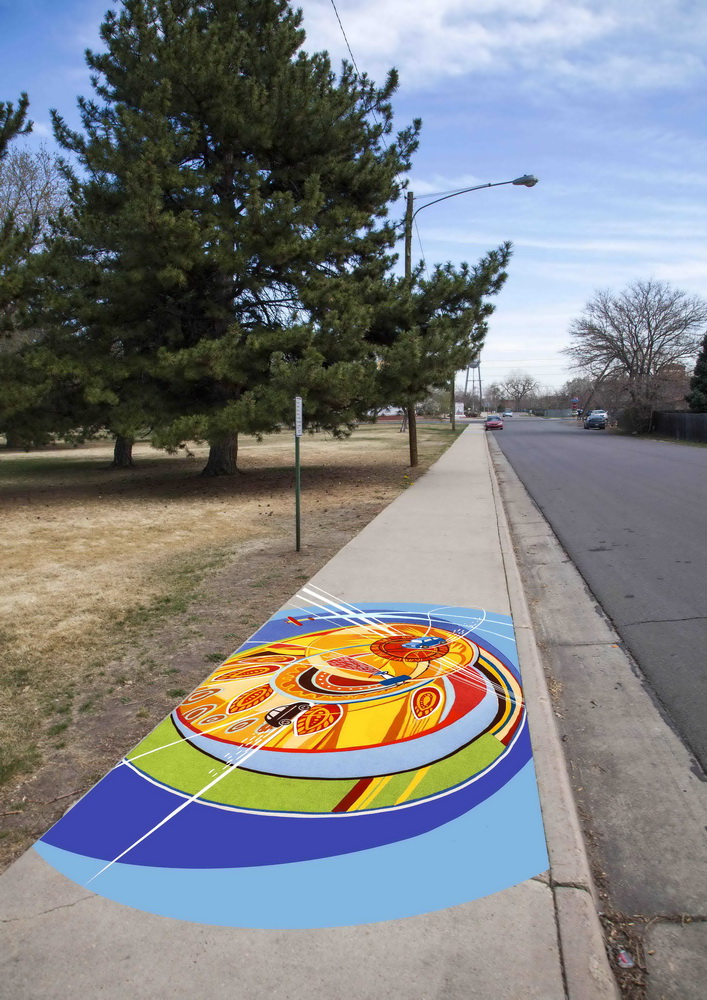 The mural “Movement” will be painted on the sidewalk along the north side of 17th Ave., between Pierce and Reed streets.

Dynamic lines and elements of transportation in the mural are inspired by the proximity of the DMV and Aviation Park. Bright colors and cheerful atmosphere are welcoming changes and represent hope for the future.

____
It will be my second experience painting ground murals. The first was a very successful mural created in 2016 in Aurora, CO. A massive two street block mural was painted during two weekends with the help of more than 350 volunteers. You can see and read more about this project here and here >

Come back soon to see the process of the painting of the ground murals and the creation of the fence art, that will happen in June 2018 too.