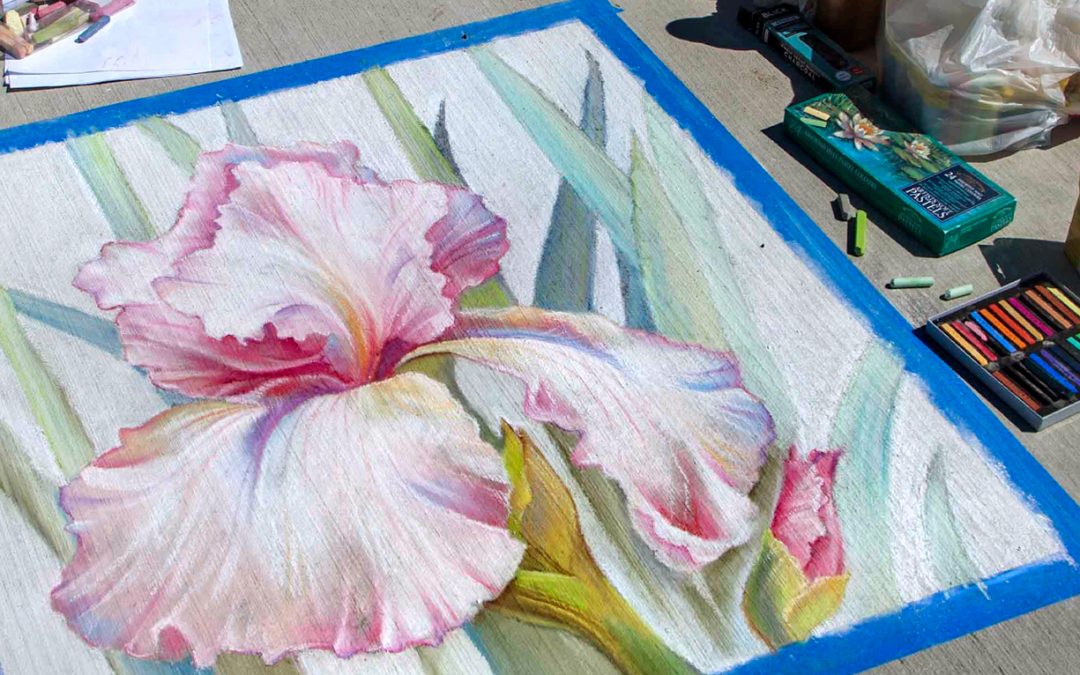 On Saturday, August 26, 2017, I participated among 14 featured artists to create sidewalk chalk art at the 7/20 Memorial Foundation’s “Reflection Garden on Tap: 5K and Beer Fest”. 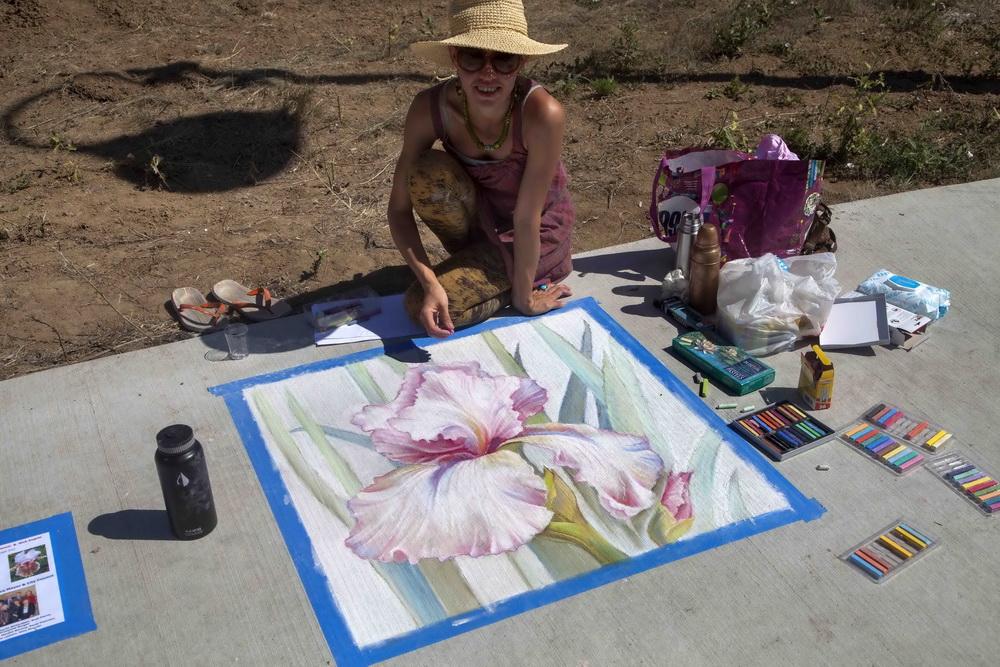 This event was a fundraiser for the permanent memorial that has been commissioned to honor the victims, survivors, and heroes of the Aurora Theater Shooting. The chalk art festival was located at the site where the memorial will be built. The location: Aurora Xeriscape Garden – north west corner of Alameda Parkway and Chambers Road. 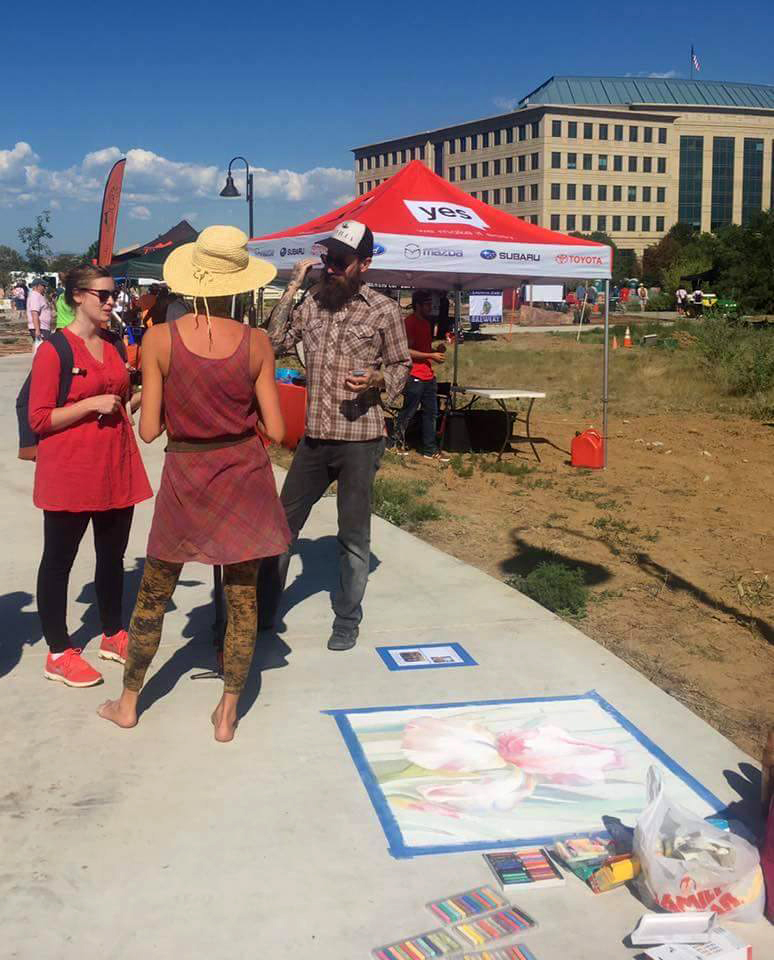 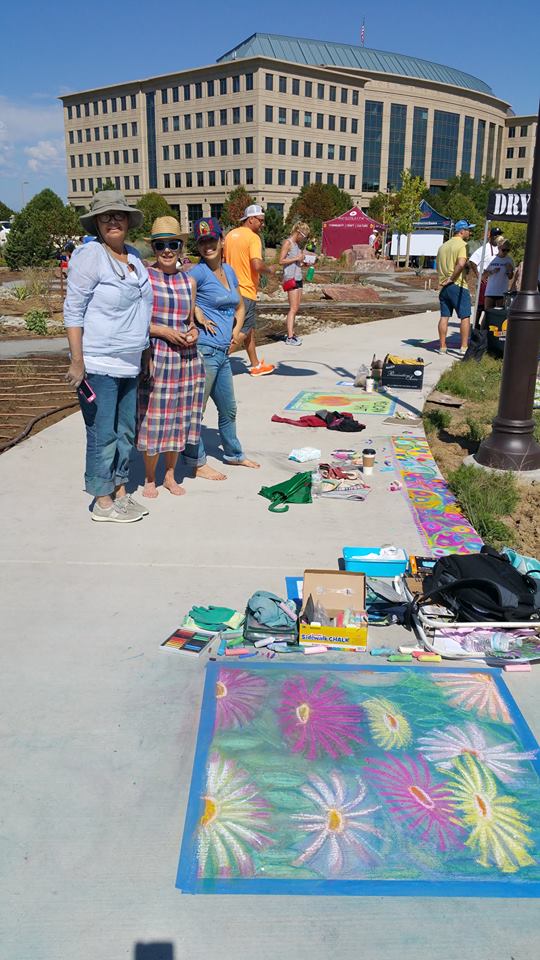 Each artist was given 3’ x 3’ square and chalk to draw a flower from the list of plants that are grown at the Reflection Gardens. 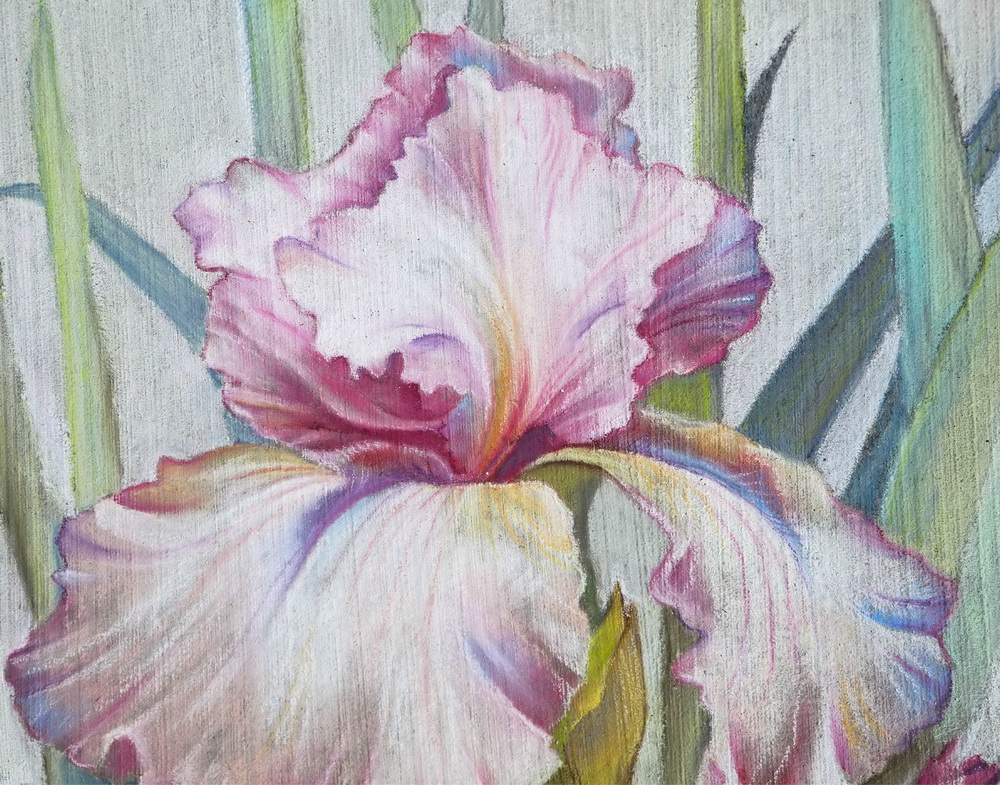 I chose to chalk an Iris (Iris x germanica, Bearded Iris), as it’s one of my favorite flowers. I drew it among other plants and flowers in my other mural projects > 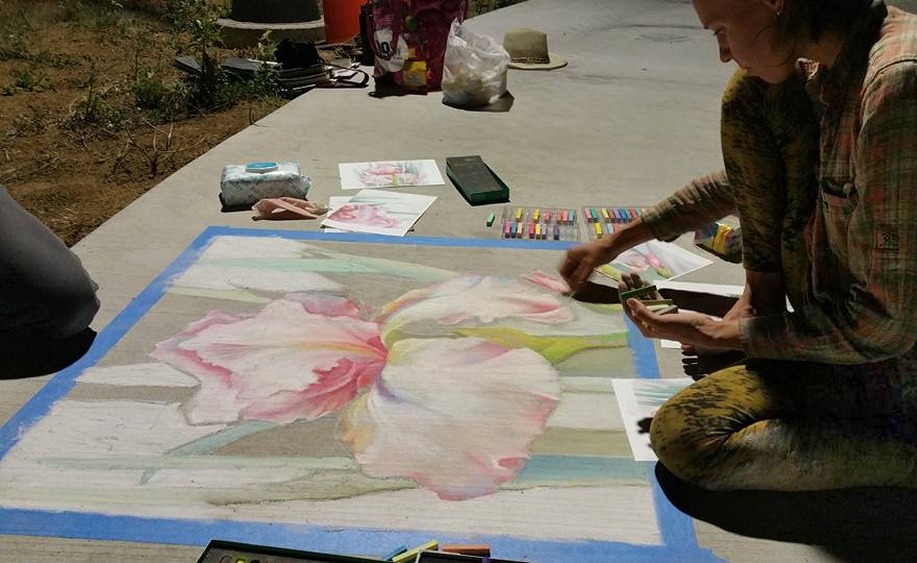 Nick Angelo and I, helped me to draw, and started work on our piece the night before. There was no shade and to escape hot August sun we did most of the work under the street light on Friday night. 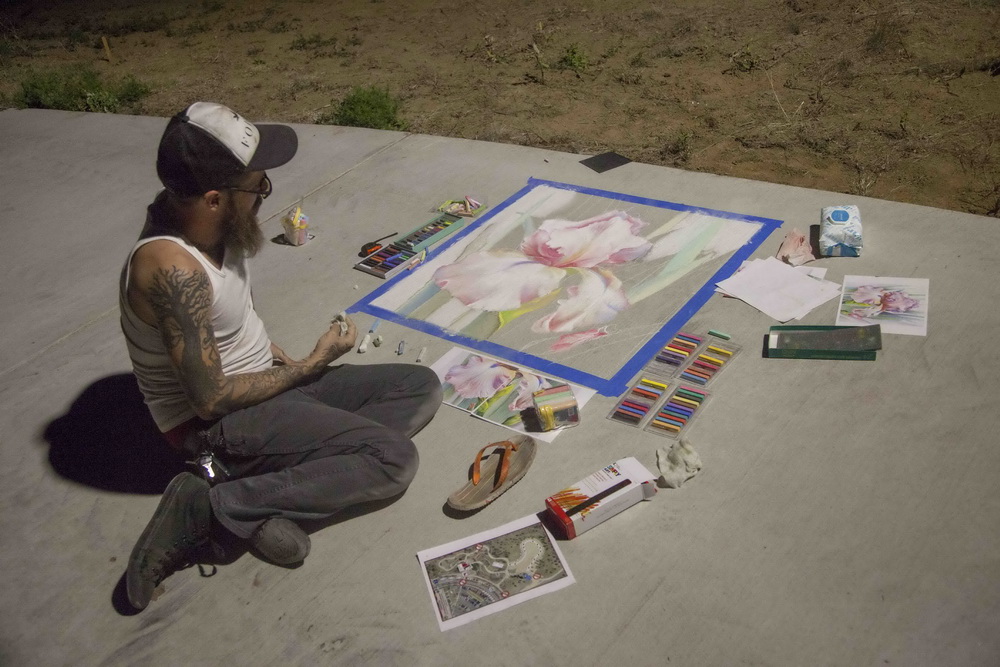 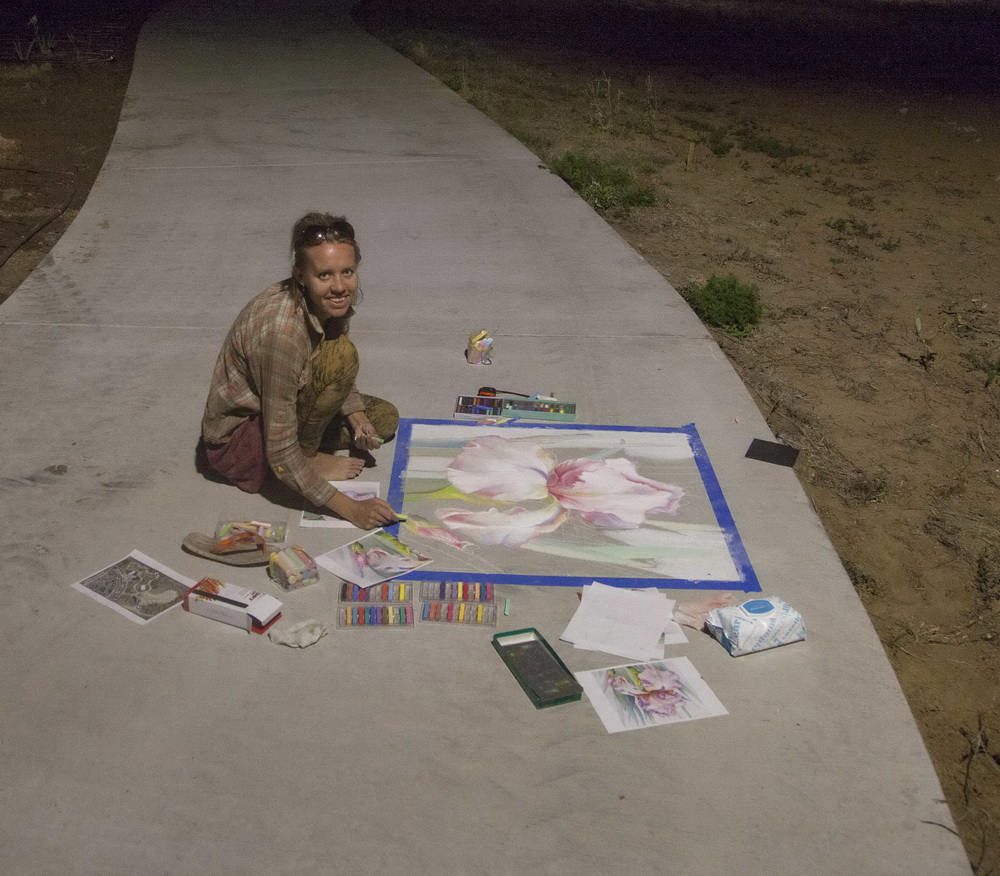 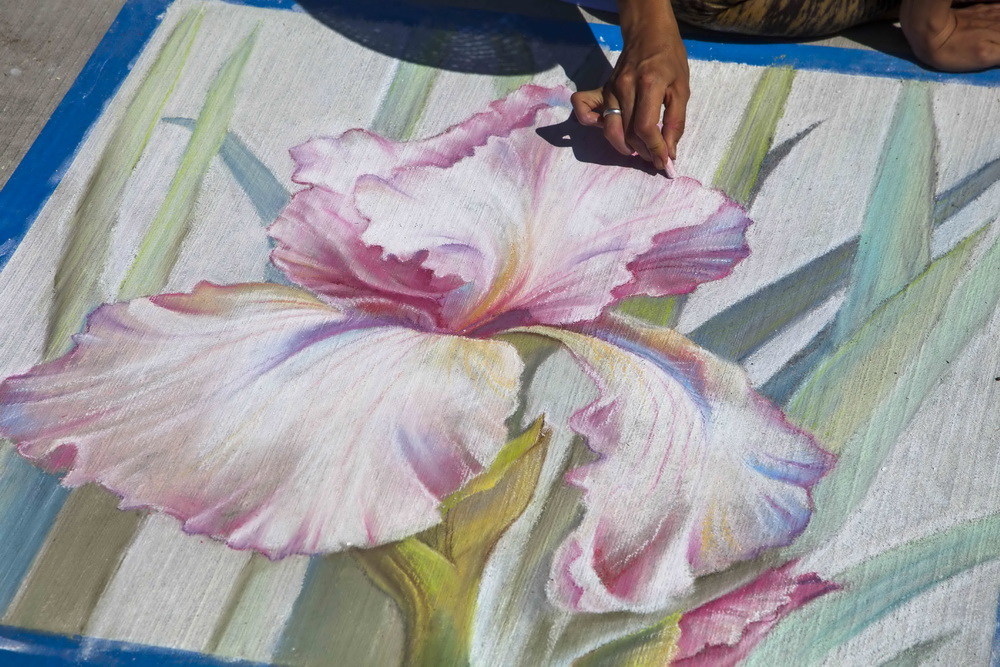 The next morning I did some final lines and details. 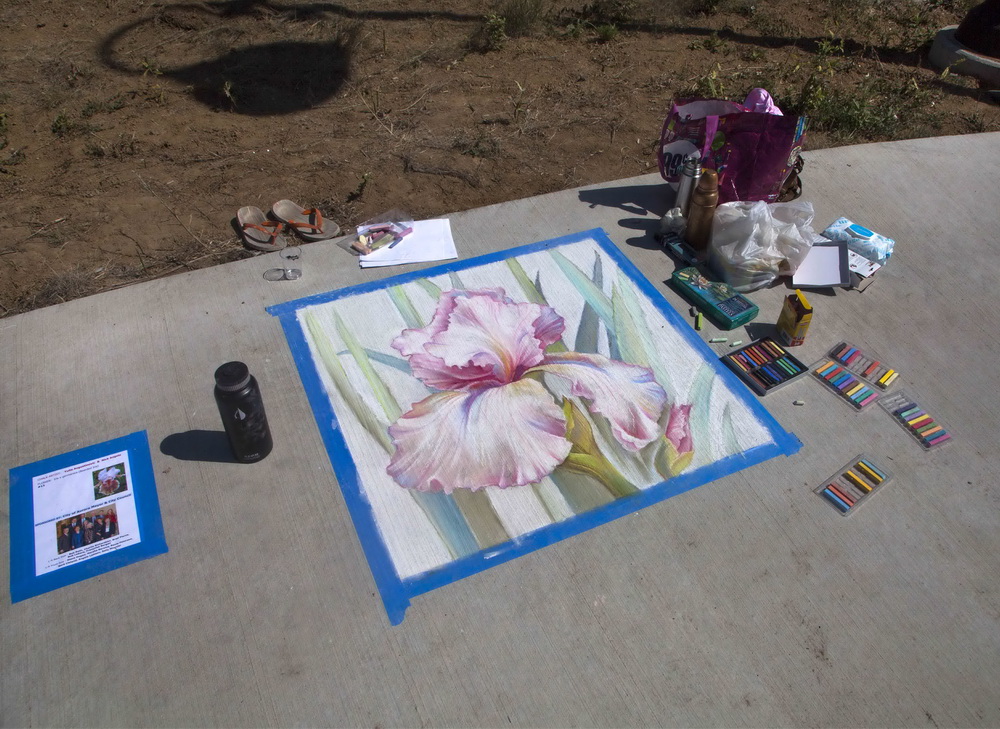 After we took the tape off the drawing looked finished. 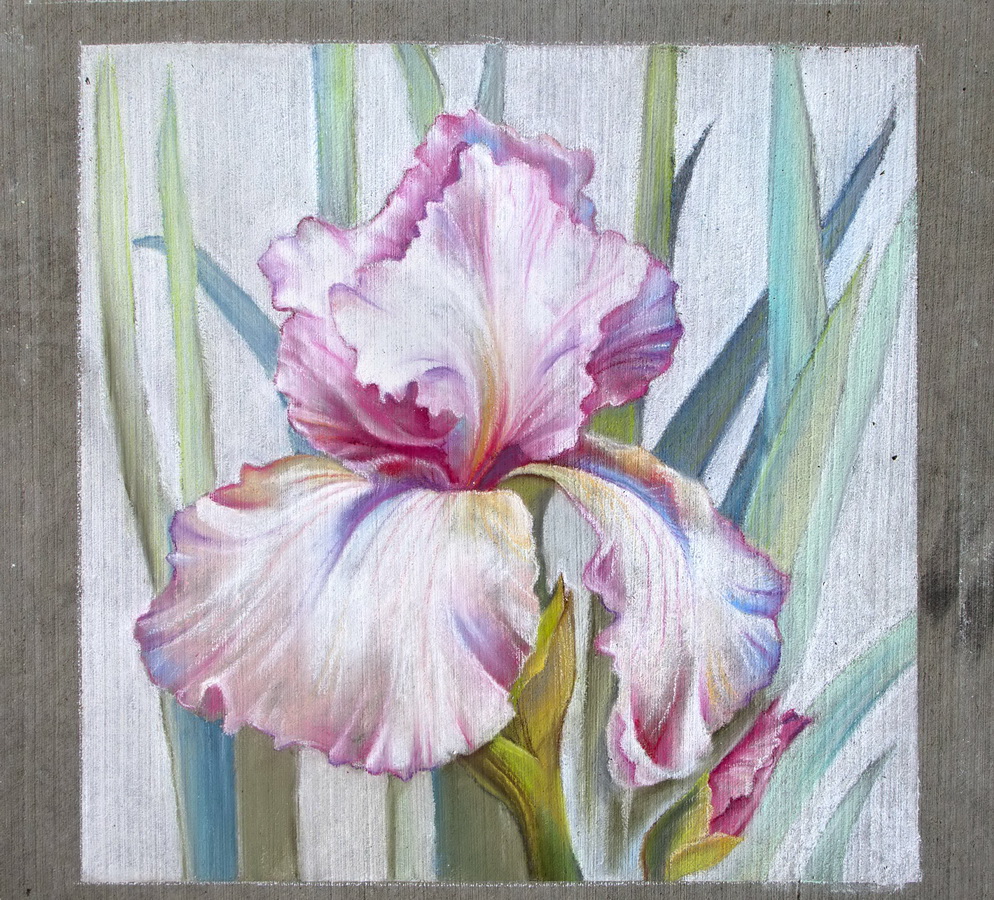 Here are some pictures of the chalk flowers and plants of other artists, participating in the fundraiser. 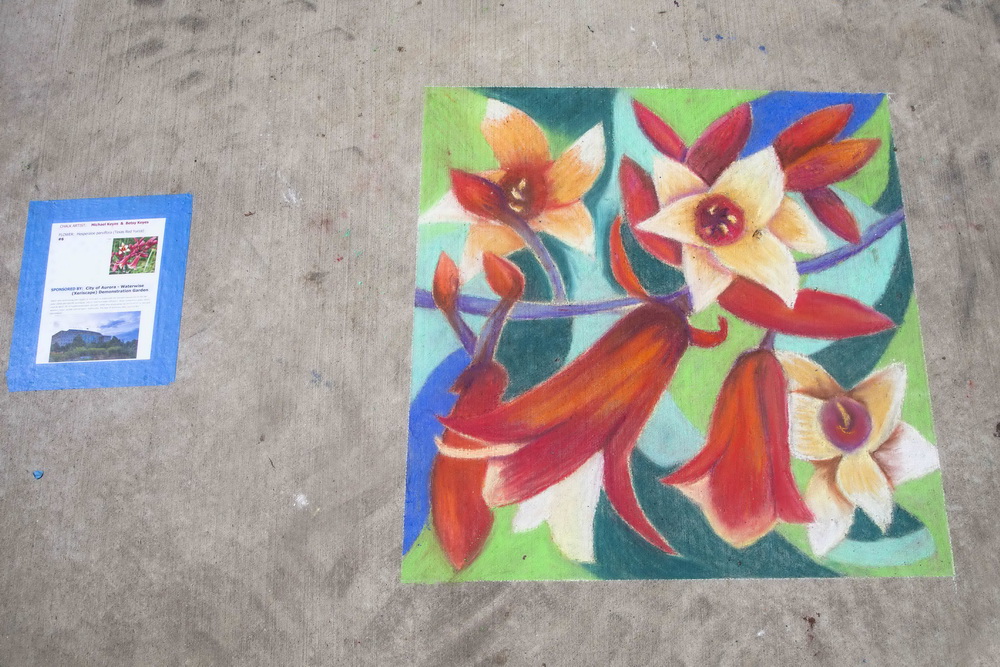 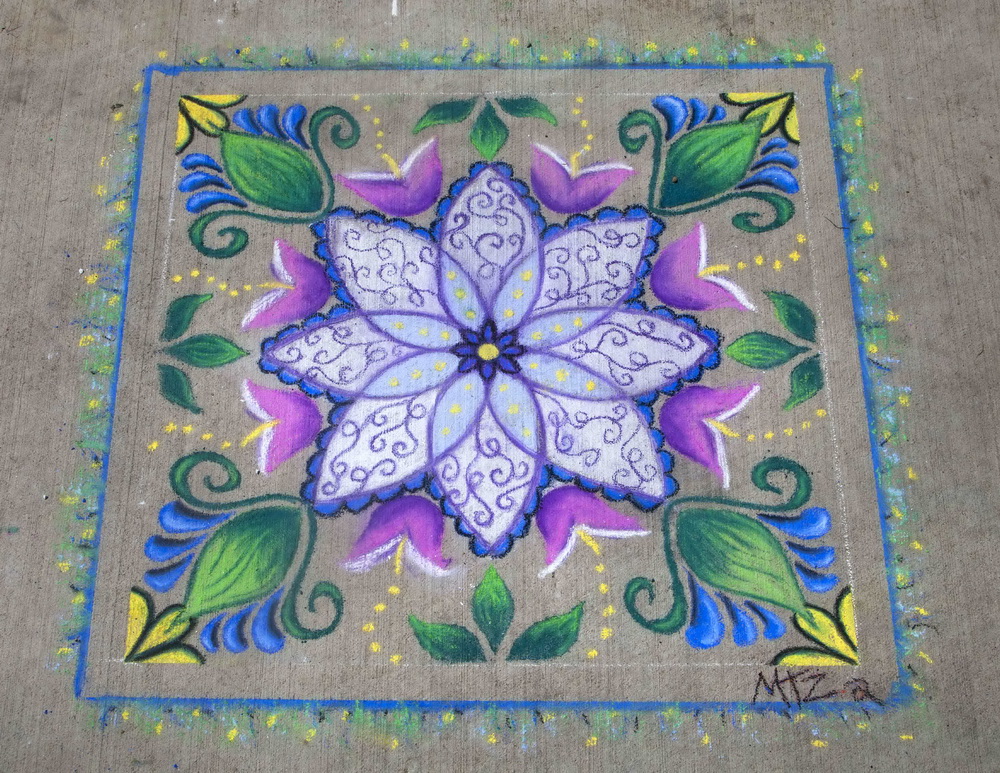 This drawing of Amsonia jonesii (Jones’ Bluestar) by Tina and Jason Martinez won the People’s Choice! 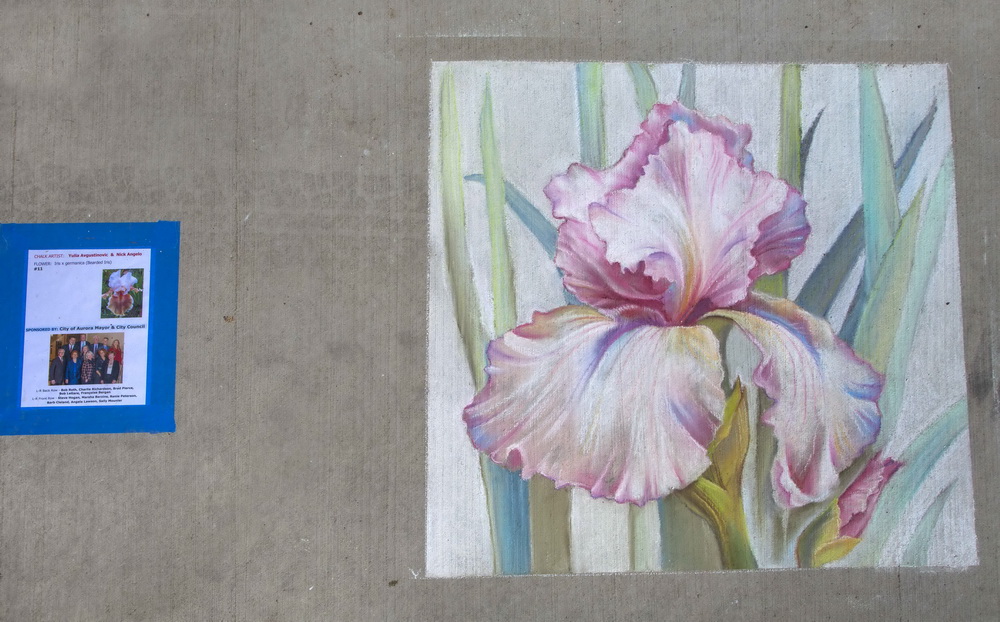 A photo of the award: 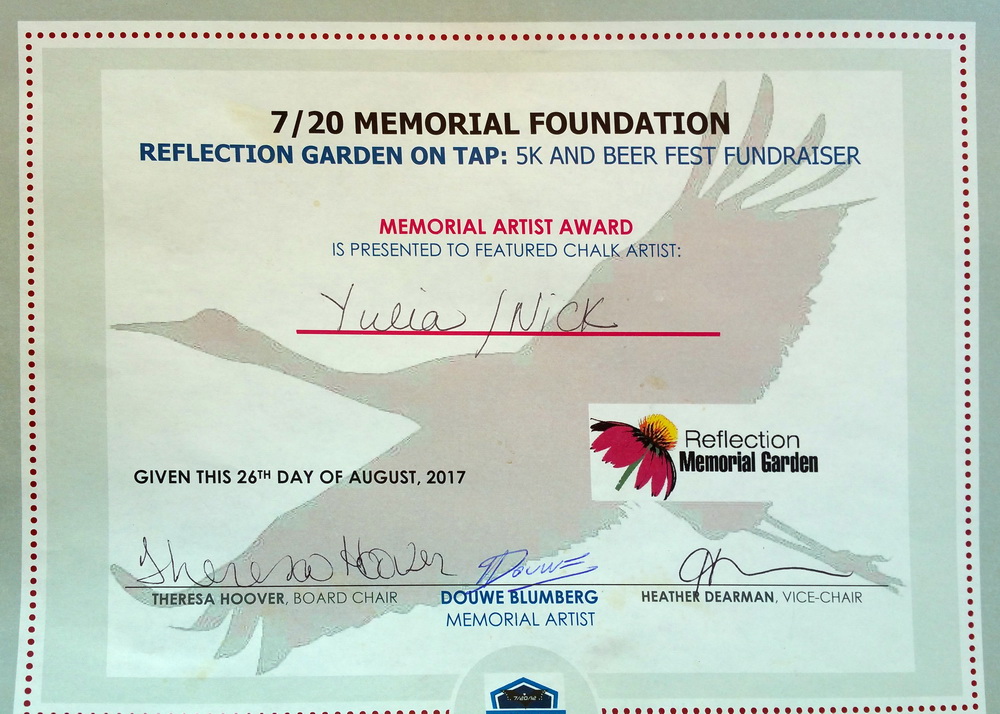 And our chalk drawing of Bearded Iris won the Artist Award – which was presented by Douwe Blumberg (the 7/20 Memorial Foundation’s artist for the sculpture being placed in the Reflection Garden)! 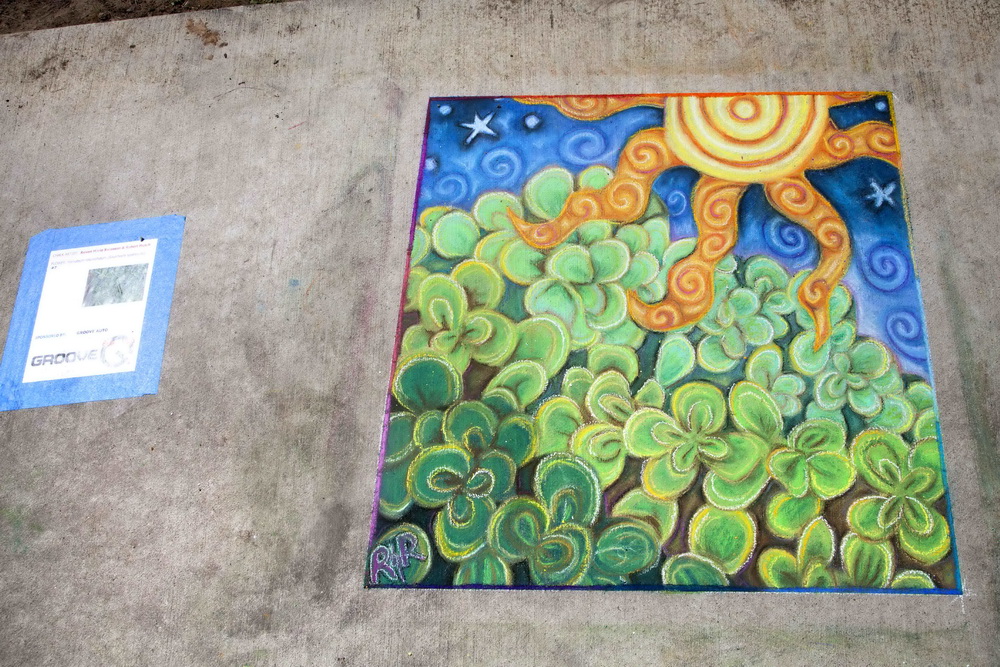 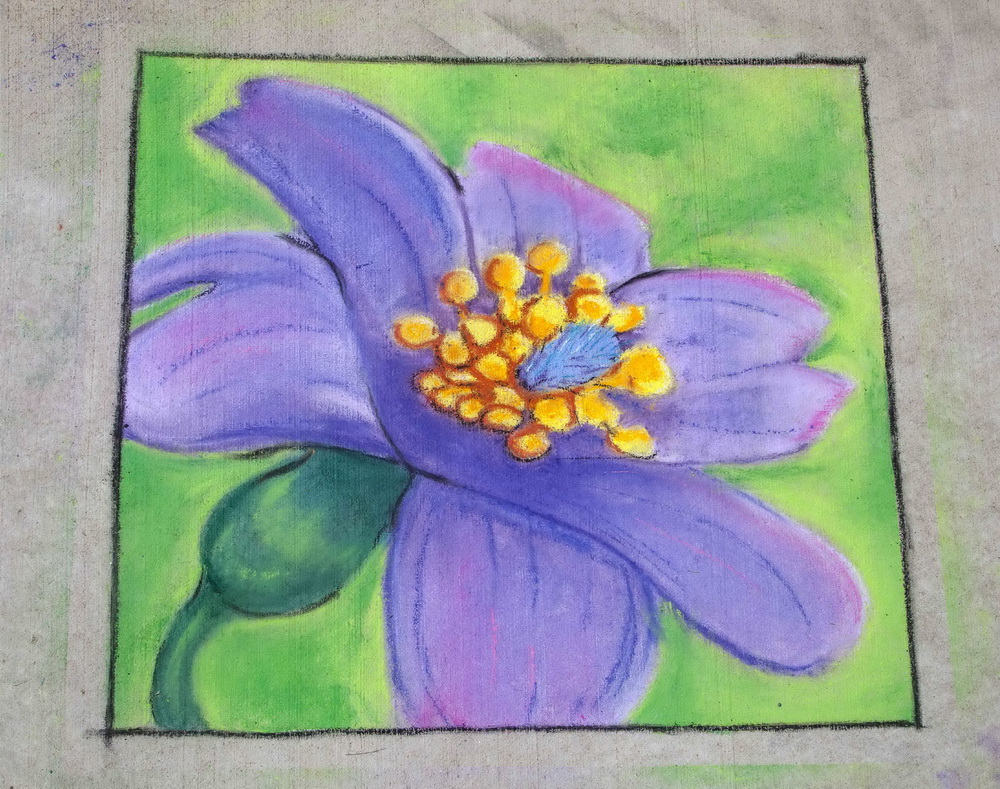 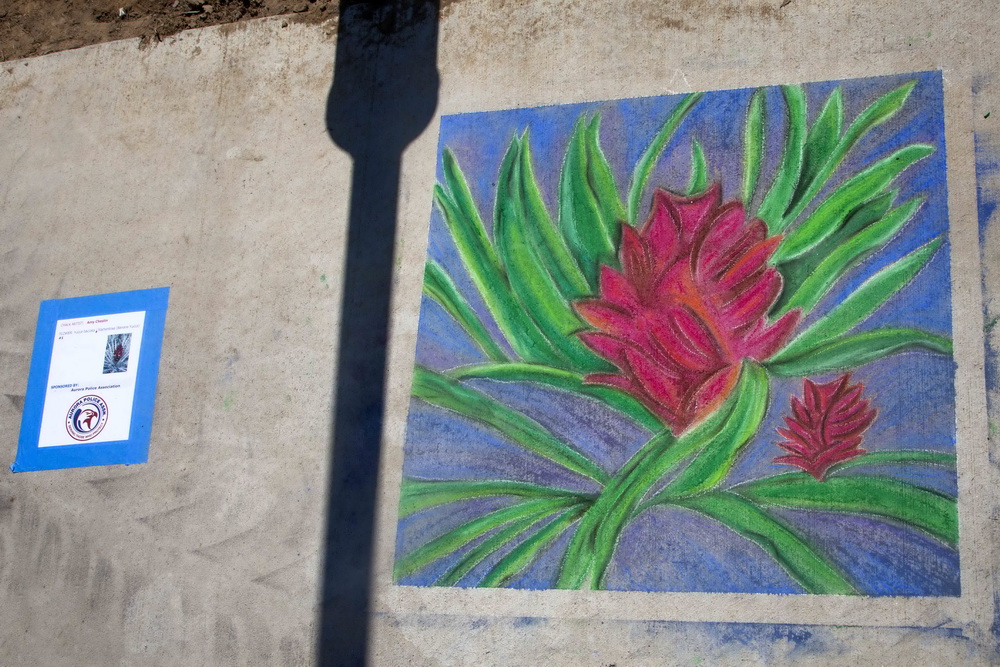 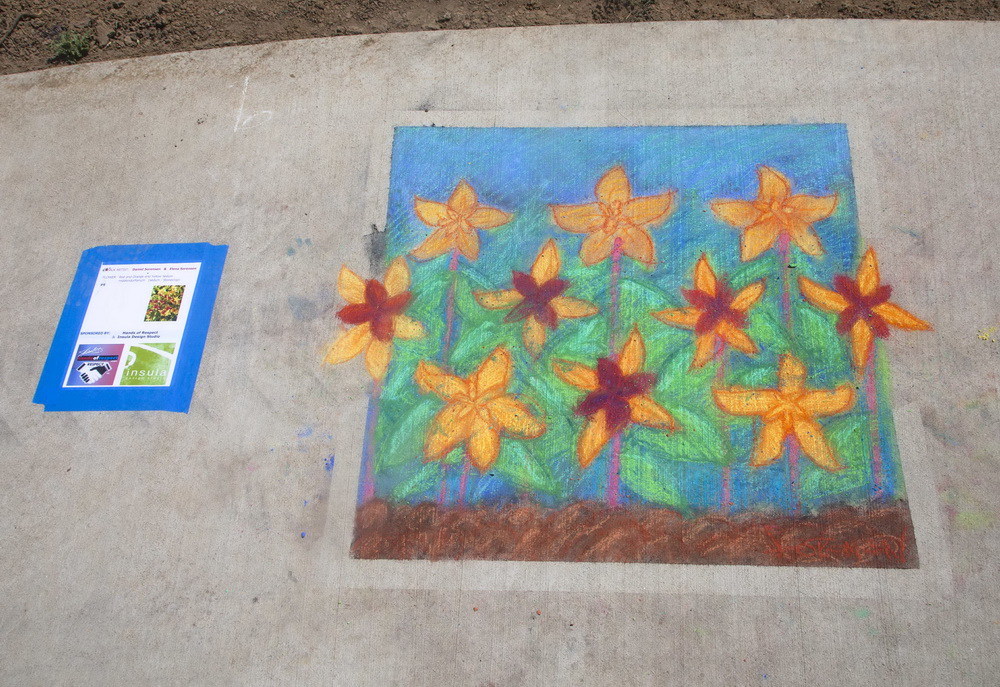 Here is the video from Aurora TV about the event: http://www.9news.com/news/community/aurora-community-plants-a-garden-in-memory-of-720/465665057