Mural Design for University of New Mexico in Albuquerque 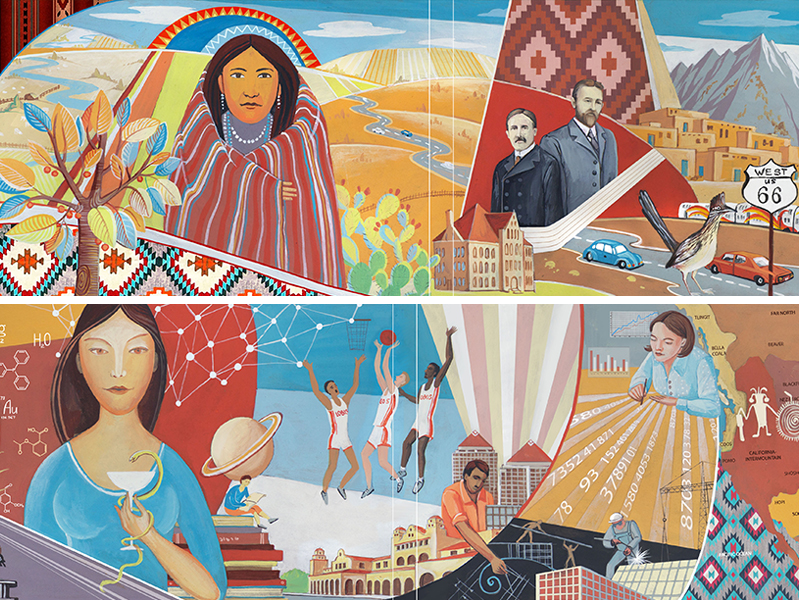 This post continues the line of posts of my design projects that weren’t realized.

UNM Mural Design was created in June 2017. I was among three finalists chosen in a national call for this project.

Though my design wasn’t chosen it was an interesting project to participate in.

I learned a lot about the history of Albuquerque, New Mexico, The American South West during the research for this mural design.

The left side of the design represents the nature, history and culture of Albuquerque, New Mexico and the establishment of Albuquerque and the University.

The center of the design is a combination of symbolic signs. The ancient Zia sun symbol, that is on the New Mexican flag and on New Mexico’s state quarter, like the sun, shines through the whole composition of the mural. The globally known symbol of Albuquerque – the colorful hot air balloons, beautiful and unique adobe architecture, the Sandia Mountains, the state flower of NM: the Yucca, the mascot of the University of New Mexico: the Lobo and a book, as a symbol of knowledge create a dynamic center and unite all the themes of the mural together.

I learned a lot about the University of New Mexico, it’s history, faculties and traditions. 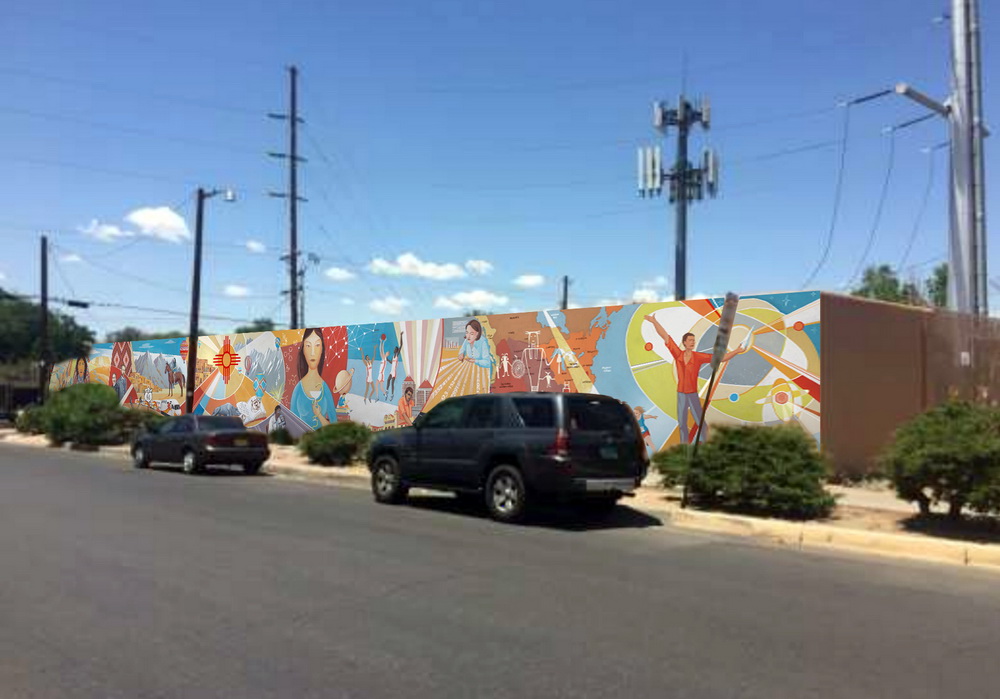 A mockup of a building with a mural design.

If you would like to read more about the design of this mural, please download this file: