The design for “Alameda” light rail station in Denver, CO was one among other projects that I created and submitted in 2017. It was an international call with hundreds of submissions from all over the world, but I still decided to participate.

The building where the mural was planned to be painted on belongs to Xcel Energy. That is why it was encouraged to have elements of electricity, energy, and sustainability. It is a long wall that was wrapping the building, with many “bends” and corners. 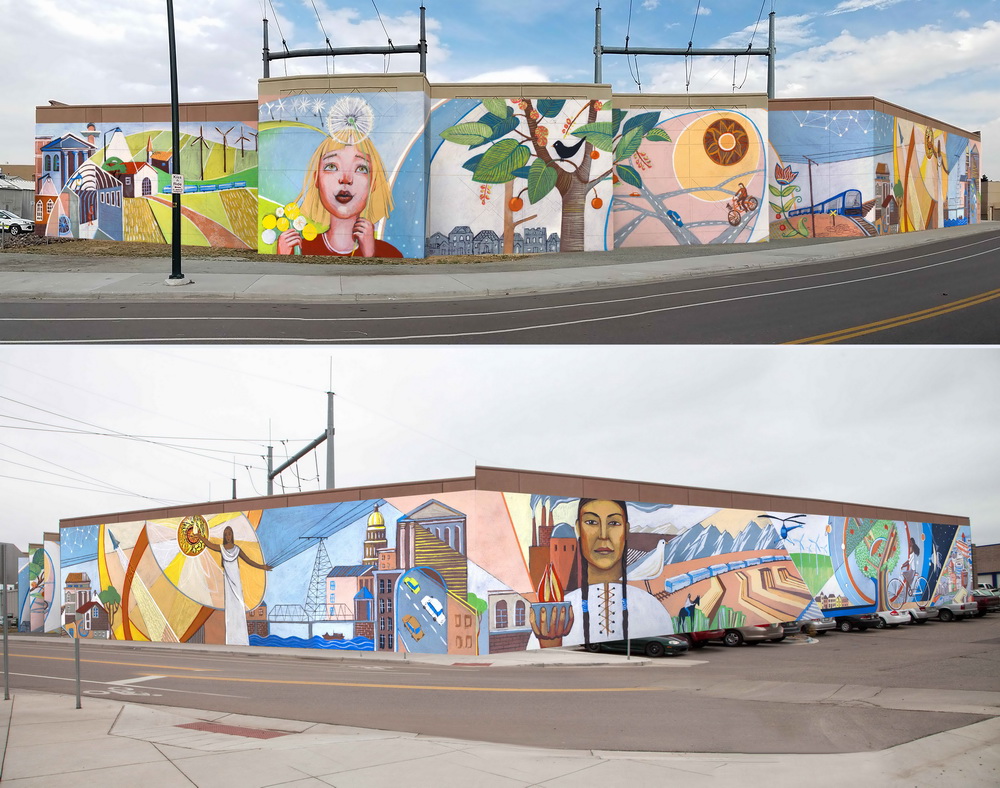 Other themes to be included were transportation and city life due to the initiator of the project, The Denver Light Rail transit system.

My idea was to create a detailed mural with strong symbolic significance as well as very monumental and powerful.

My design has many faces, people, and emotions in it.

I tried to interlace timeless elements of nature with modern life and with its characteristics: electricity, transportation, cities, and industrialism. At the same time, I wanted this mural to give a feeling of hope and optimism for the future.

As with a few other projects of 2017 that I wrote posts about, my design wasn’t chosen for realization. But it was fun to participate in this project, create an interesting design and learn a lot about Denver through research in preparation for it.