The process of creation of King Soopers mural.

In March of this year, I was chosen to create a mural for the newly renovated Kroger company grocery store King Soopeers in Aurora, Colorado which is located at 3050 South Peoria Street in Aurora. 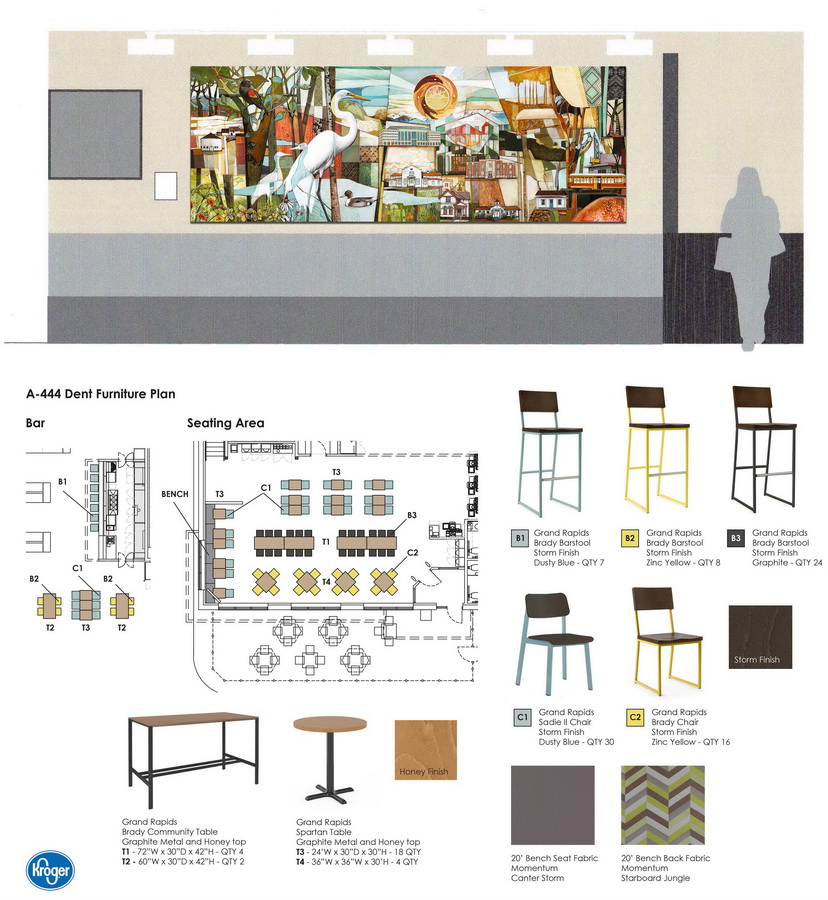 Here is the image of my proposal and the floor plan of the cafe area of the store, where the mural will be located.

The mural is painted on four panels. 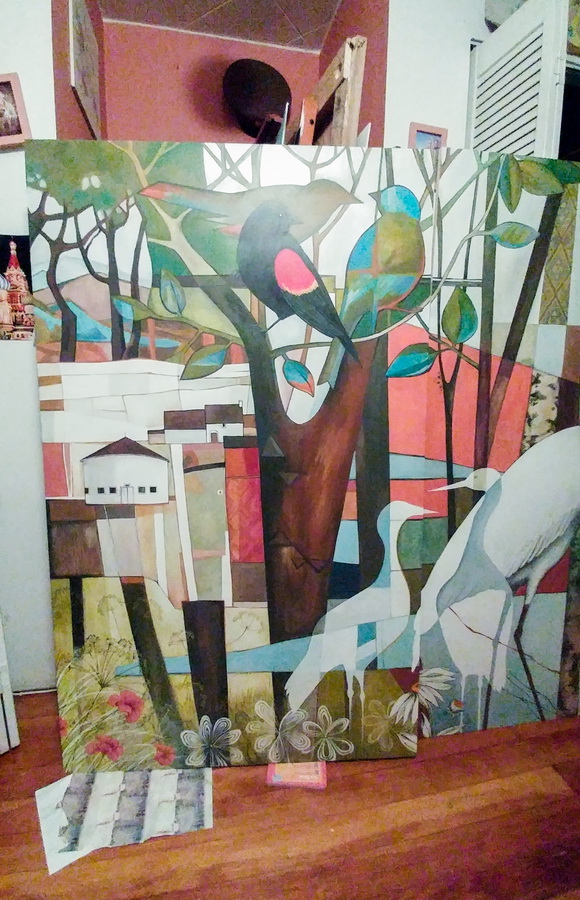 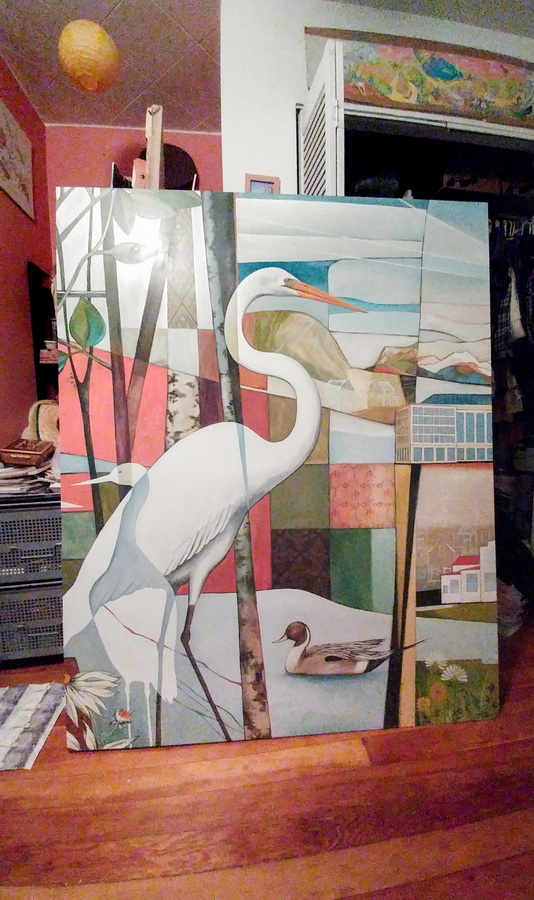 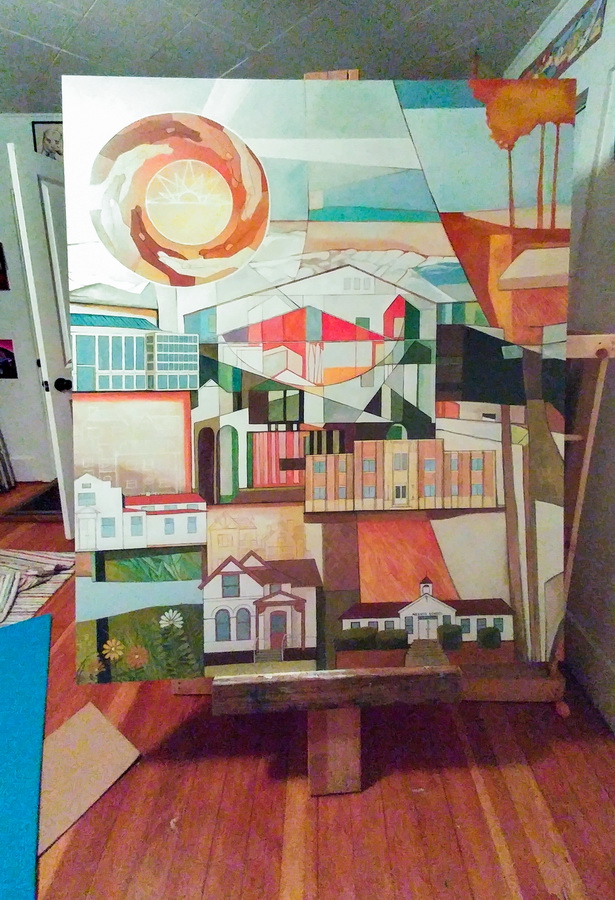 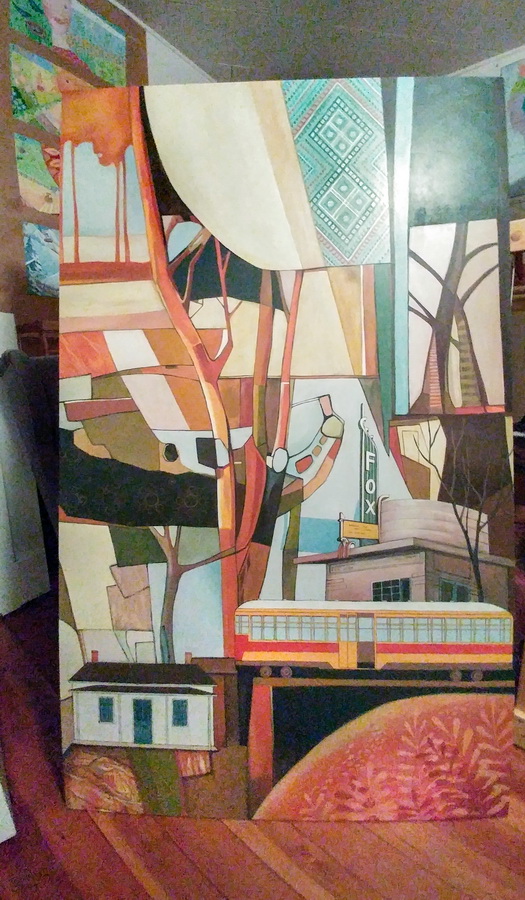 It is a nice change to paint a mural at home, in my studio. It will be installed on its permanent location in August 2019. Come back to see the pictures of finished, installed mural next month.

Done in a collage style, the quilted and layered images encompass Aurora’s extremely diverse community as well as its distinct fauna and natural beauty. 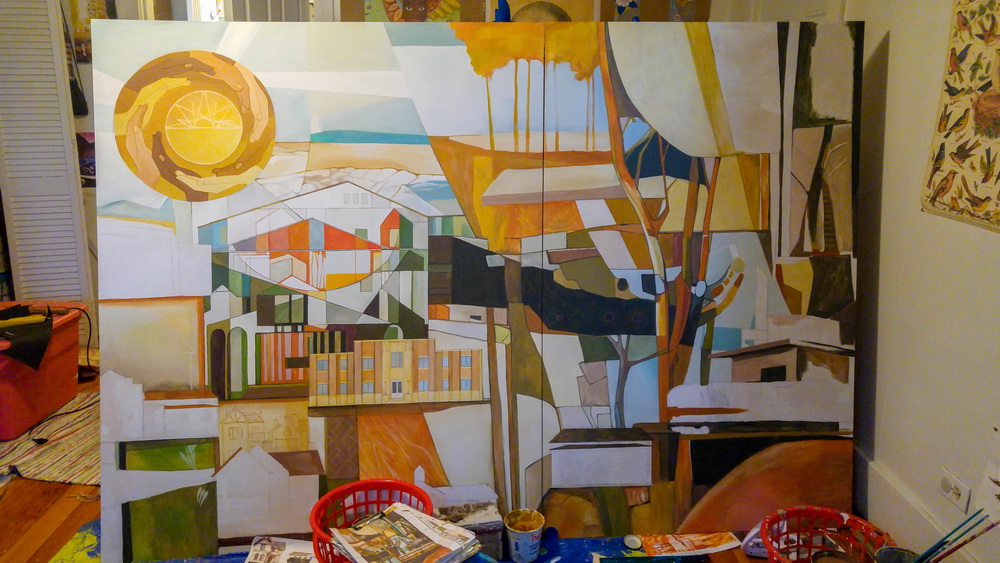 The centerpiece for the mural features Aurora’s city seal, shown as a rising sun, surrounded by the hands of its people, holding it together, as a symbol of unity and brotherhood, celebrating its strength in diversity. These aspects are also found in the traditional ornamental designs found throughout the mural; these represent Mexico and Latin countries, Native American, Korean, Vietnamese, Filipino, Pacific Islander, Ethiopian, and Nepalese designs. 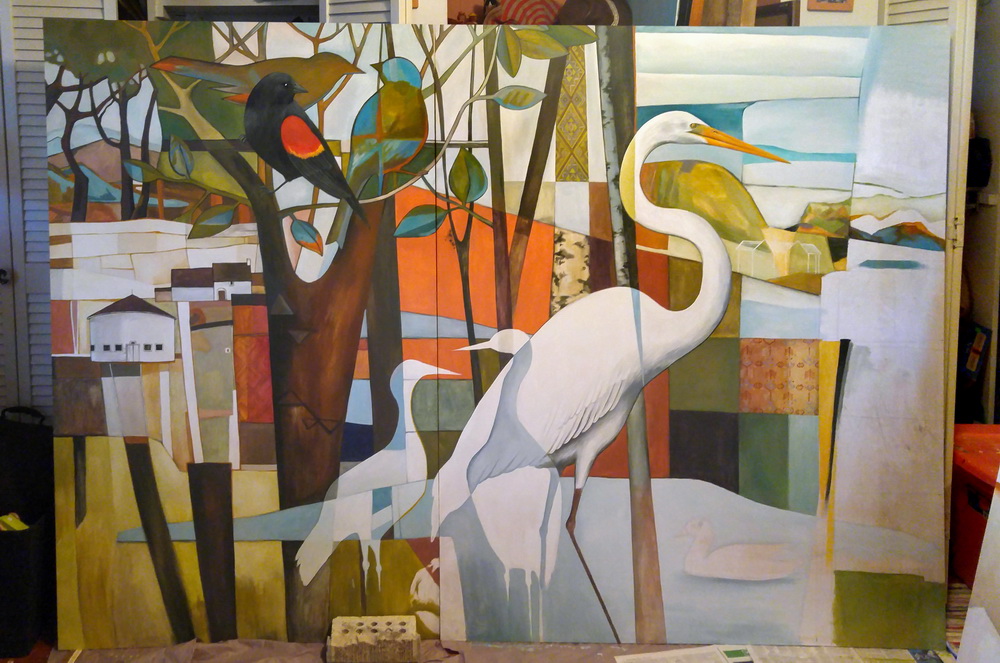 The natural elements of local trees, birds and lakes pay homage to Aurora’s vast size, many parks, open spaces and nature reserves. In the foreground stands a white heron, symbolizing rebirth and hope. Nearby sits a red-winged blackbird as well as some local flowers, fields and trees. Specifically, the supermarket’s close proximity to the Aurora Reservoir has had the biggest influence on the design, highlighting its wild beauty that is surrounded by its urban surroundings.