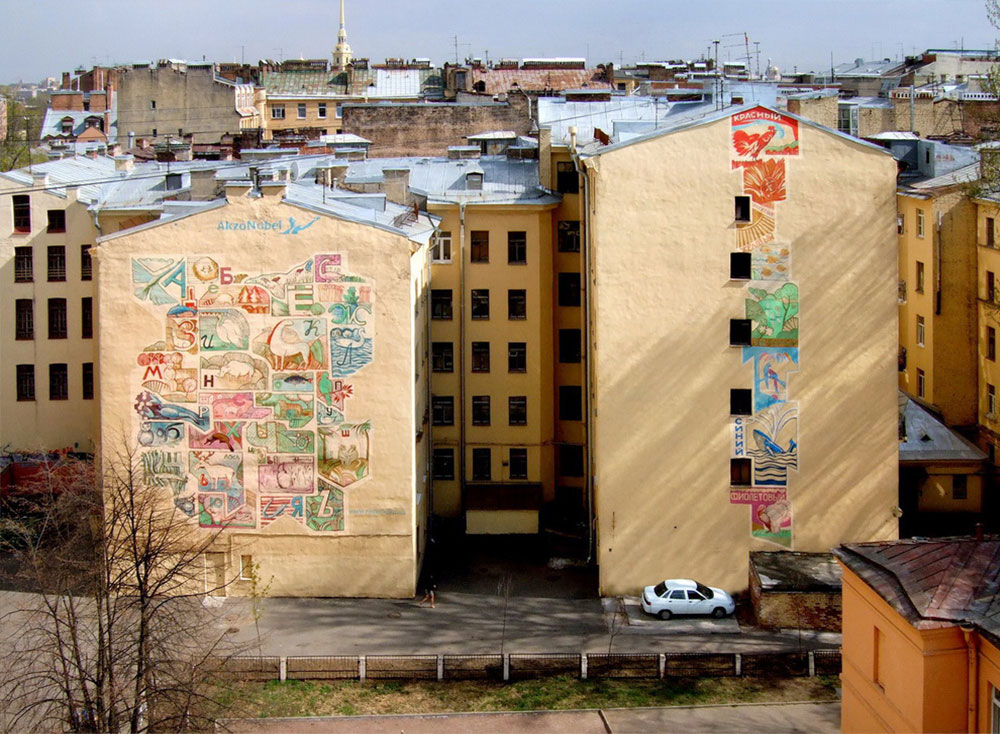 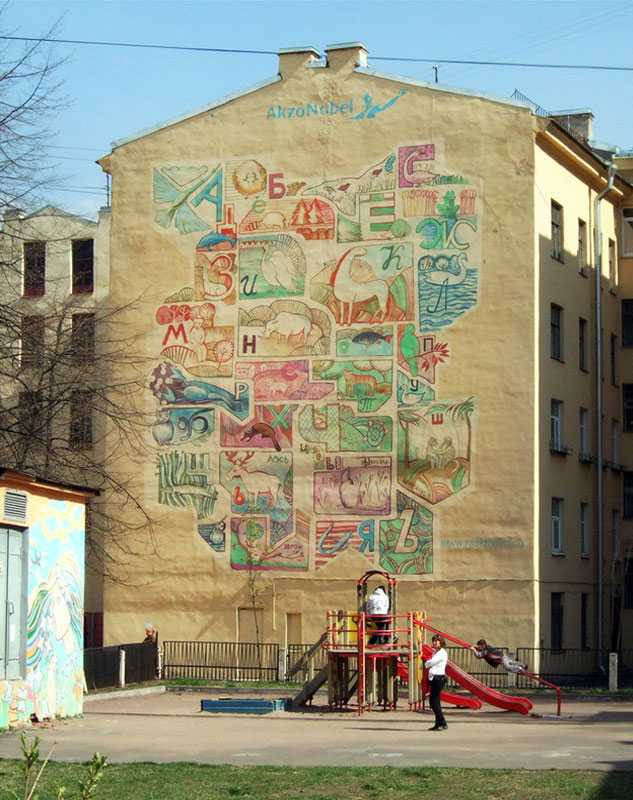 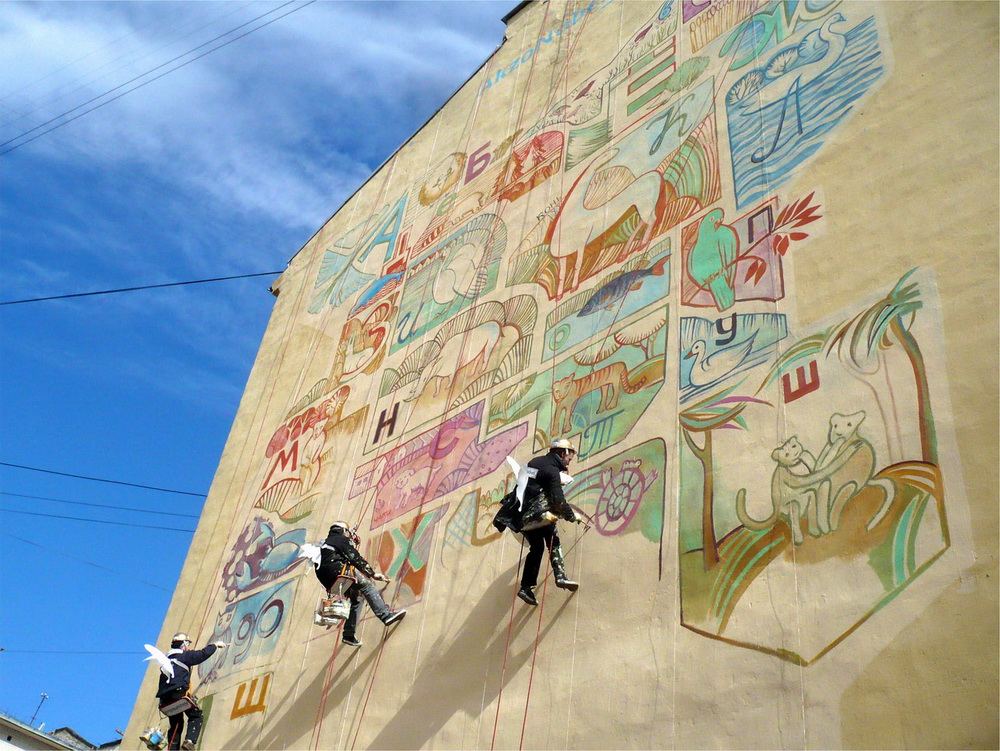 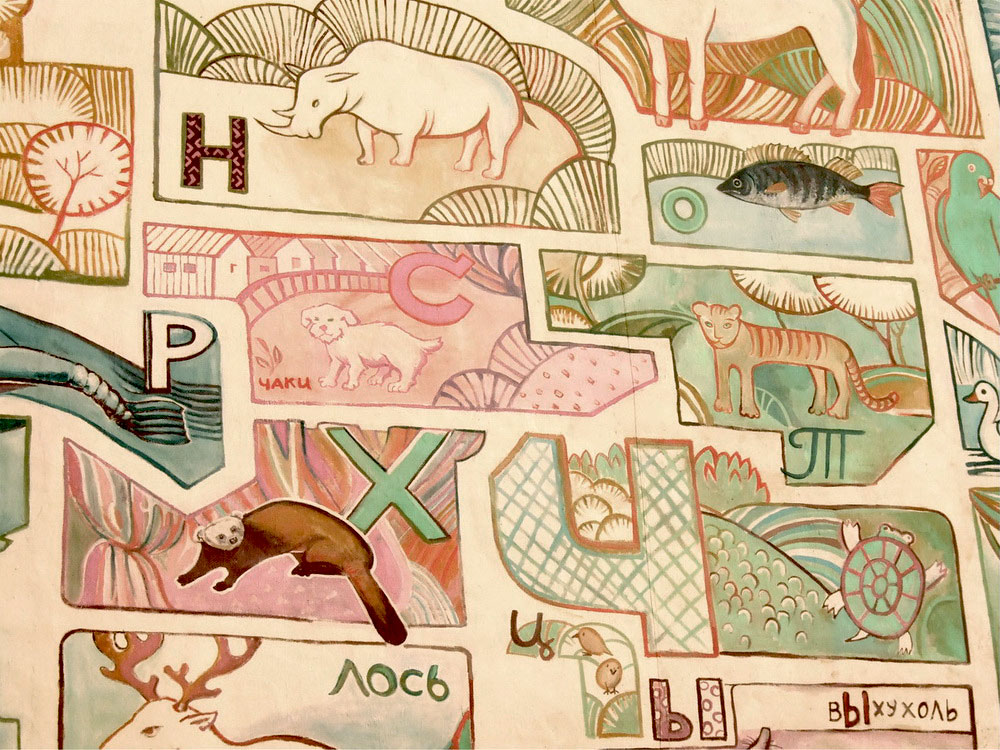 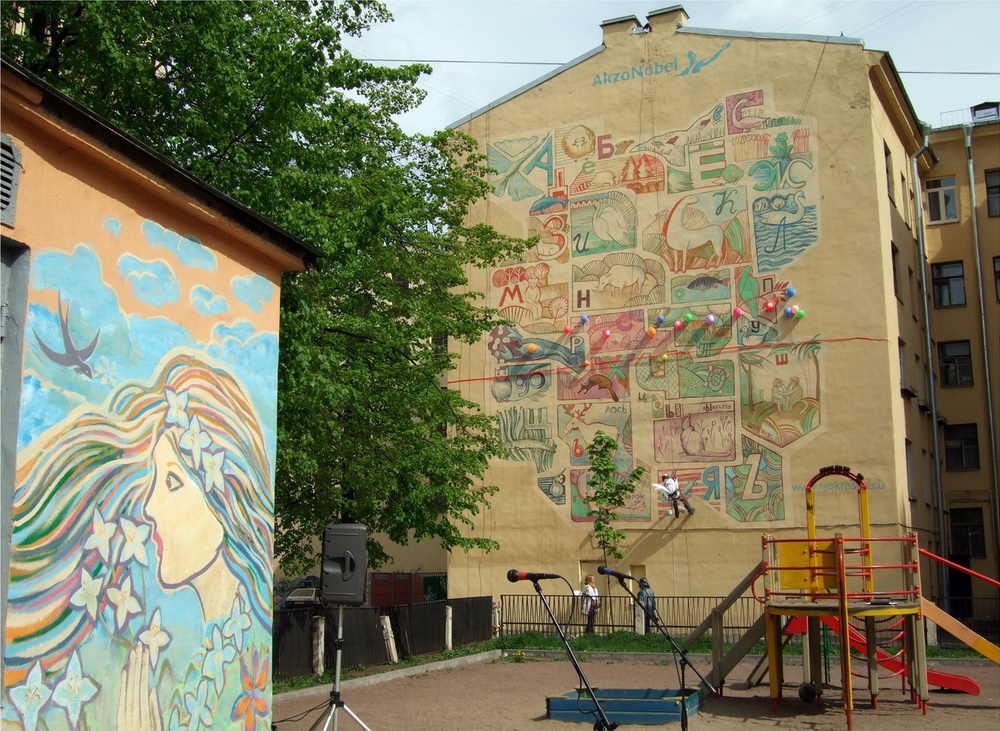 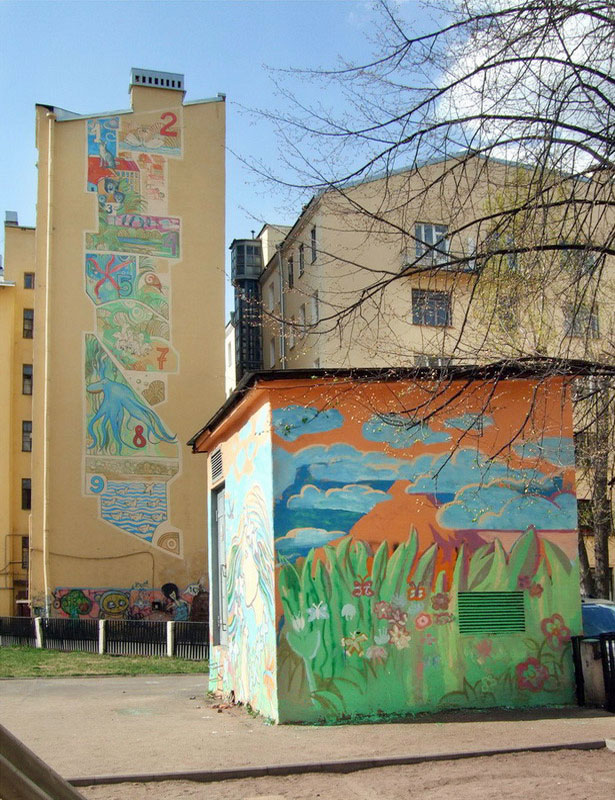 The mural about numbers 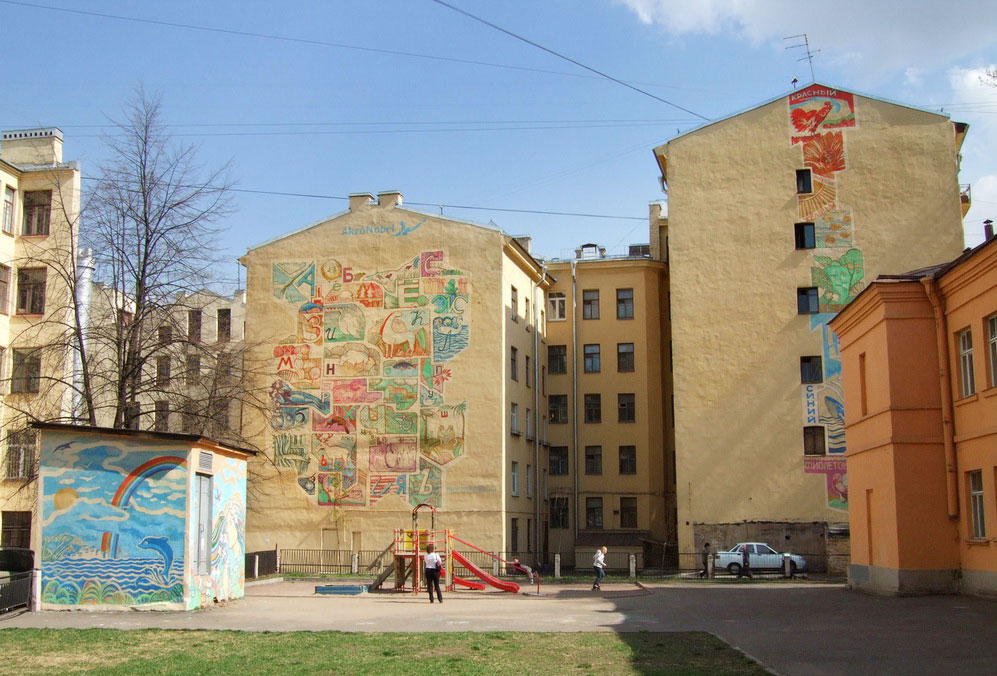 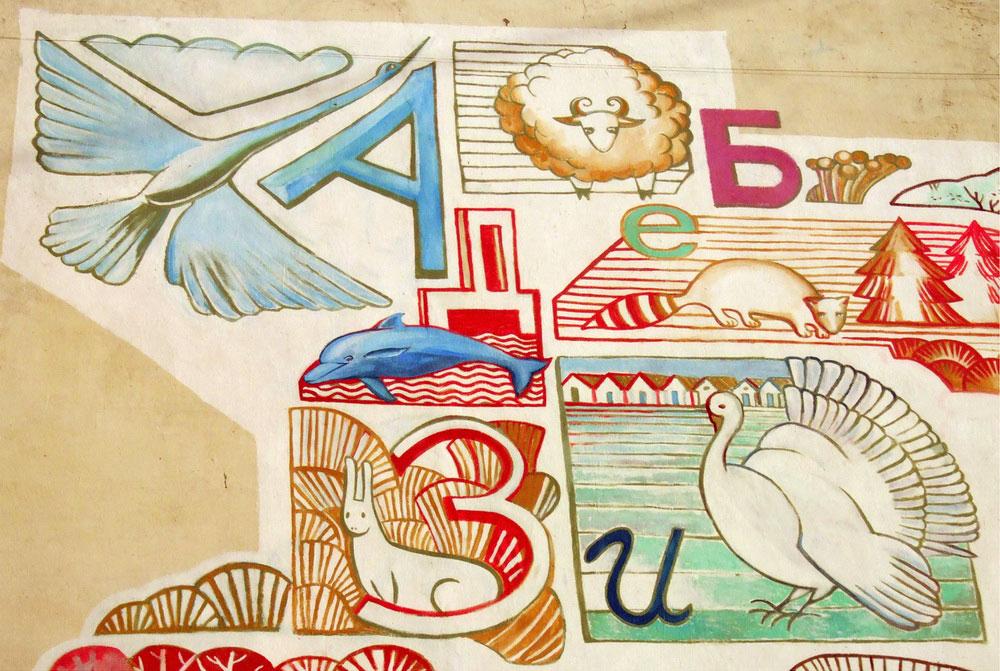 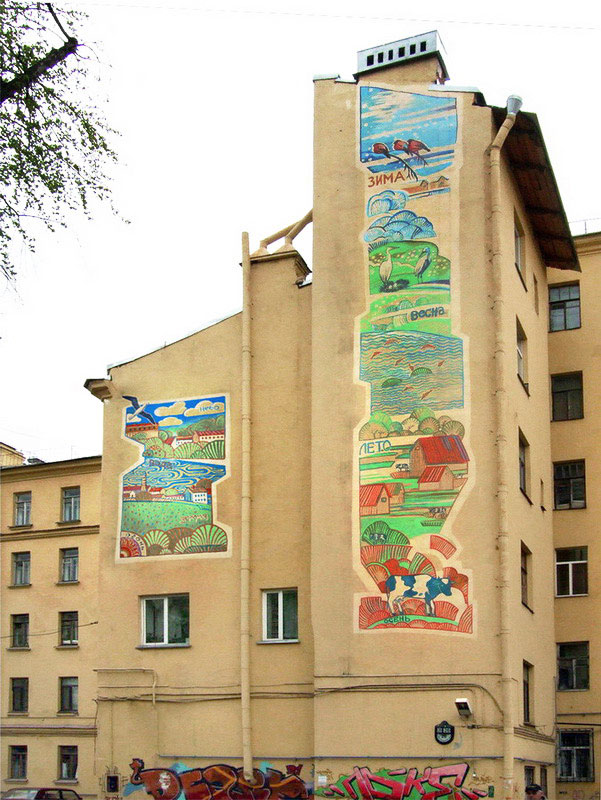 The murals about seasons of the year and four elements: earth, water, air and fire. 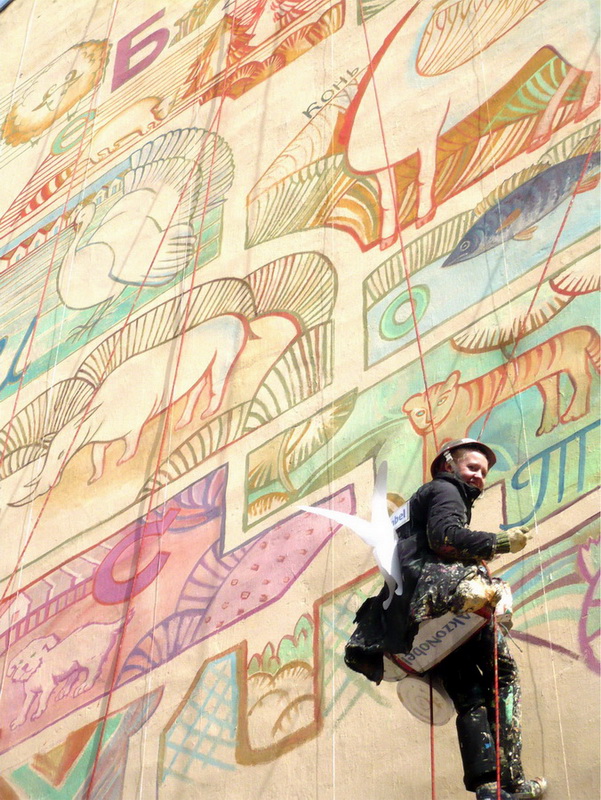 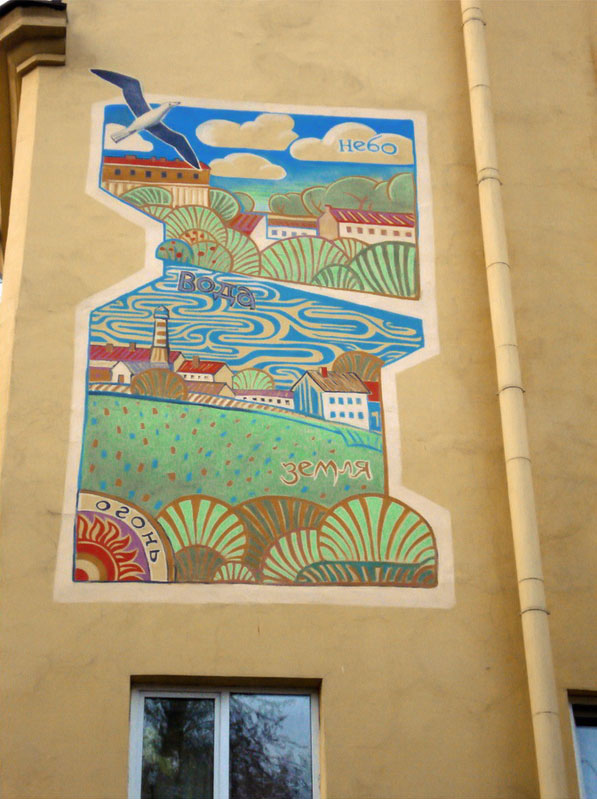 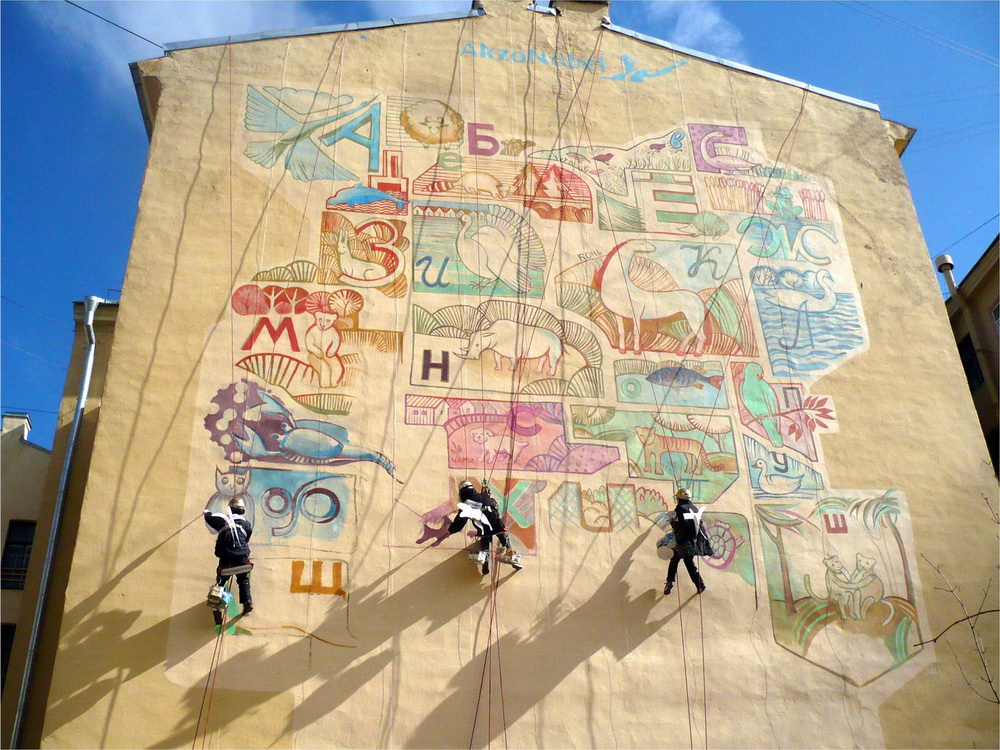 Five empty walls around a kindergarten seemed as though they were specifically made to have murals painted on them. Each wall has its own theme: alphabet, numbers, colors, and seasons, shown by virtue of animals, to develop the children’s imaginations and to teach them the basics.

Floral Mural at the Cherry Creek Trail in Denver

Oregon Mural at the Vogel Plaza in Medford

«Symphony of the Universe» Decorative Project of a public Square.

Mural «Birds in a Meadow»

Mural Tribute to the First Man in Space.

Mural in an Archway «Aquarium»

«The Forest» Mural on a metal fence covering a construction zone.